When a lamp is about to extinguish, it begins to flicker. Similarly, terrorism in Kashmir is flickering. The gun has yielded space to stones. The militancy is on decline. Hurriyat leadership has been badly exposed. The traditional Kashmiri power brokers are frustrated and dejected. Terror funding has been squeezed. The terrorists are on the run with the top leadership of most of the ‘tanzeems’ killed. The local youth that had been misled and baptised into terrorism are returning home and an ever increasing number of parents are also appealing to their sons to return. It appears that the youth have broken the shackles and are now willing to jump into the national mainstream. The fact is that youth today is shunning violence and conflict with a view to look for a peaceful and brighter future and rub shoulders with their contemporaries across the Ravi. The narrative in Kashmir is fast changing from that of conflict to peace. Pakistan’s desperate effort to keep the pot boiling is meeting with stiff resistance from the local Kashmiris and the valiant security forces of our nation. All these are indicators of brighter days ahead and emergence of light at the end of the tunnel. 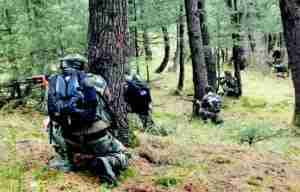 The optimism is not out of place. The relentless pressure put on the terrorists by the Indian Army and other security forces including Jammu & Kashmir Police (JKP) has resulted in killing of more than 200 terrorists so far this year, of which about 60 percent were foreign terrorists. Also, amongst those killed, almost 90 percent were self-styled commanders. This is the highest number eliminated in a year, since the last seven years. Though there has been an upward trend in the number of incidents of terrorist violence, it can be attributed to frustration among the terrorists due to the pressure exerted by the security forces.

Propaganda machinery operating in Kashmir portrays India as the ‘devil,’ thus providing religious sanctity to stone-pelting, attracting the faithful in large numbers. However, even the stone-pelting incidents have come down by over 60 percent this year, a change that the Director General of Jammu and Kashmir Police, Shri SP Vaid attributes to a range of factors, from a decrease in militancy to counselling and awareness programmes for the Valley youth. Unlike last year, incidents of stone-pelting in 2017 have been largely restricted to the encounters between the forces and the militants, as local youth tried to rescue militants from security cordons. Apart from the preventive and legal actions taken by the police, demonetisation led to sudden lack of cash flow in the Valley has also contributed immensely towards the reduction in stone-pelting.

Following the dictum ‘diamond cuts diamond,’ the JKP made effective use of social media to counsel the youth, thus successfully changing the discourse on social media and curbing jihadi and Pakistani propaganda to incite the youth.The majority youth has changed the narrative in Kashmir. They too want ‘azadi’ but not from India. They want azadi from the politics of deceit practised by the power broker politicians, azadi from those leaders whose loyalty to the people and the nation depends on whether they are in power or out of it. They also seek azadi from media that specialises in negative reporting as also from corruption, poverty, lack of governance and from having to prove their patriotism each day. Their aspirations are similar to the youth of any other state in India.

Despite being children of the conflict era, they are convinced of the dividend peace can deliver and are unwilling to be misused and misled by the self-centric Hurriyat leadership. The Army’s ‘Kashmir Super 40’ initiative for coaching the Jammu and Kashmir youth for Engineering Entrance Exam (IIT-JEE) broke all previous records when nine students of its 2016-17 batch cracked the highly competitive and prestigious IIT-JEE advance. The success achieved this year was overwhelming at a rate of 40 percent when nine out of batch of 36 (31 boys and 5 girls) qualified, surpassing the best of the IIT coaching centres in the country. 28 students, including two girls, had previously qualified in IIT-JEE Mains, the first step of selection process, in April 2017.

In 2016, 6,500 Kashmiri students appeared in UPSC prelims and there is a rising trend in the number of youth applying for the Kashmir Administrative Service (KAS). Nineteen individuals from J&K made it to the merit list of Civil Services. In 2017, 14 qualified from J&K with seven from Kashmir. Around 118,000 candidates applied for the posts of 5,362 constables and some 70,000 applied for the posts of 680 sub-inspectors. Large numbers queue up for joining the Indian Army despite killing of a few army personnel on leave. 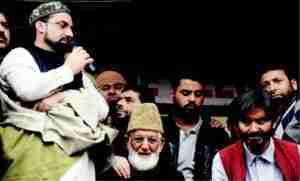 More than 1,500 Kashmiri boys and girls benefit from the Prime Minister’s Special Scholarship Scheme for J&K, enjoying fully subsidised graduation courses in general and professional streams in the prestigious institutions across the country. The Government has launched innovative schemes like ‘Khelo India’ & ‘Sports for All’ to streamline youth energy in the right direction. It is also planning to start a Football academy in Srinagar. Revival of Sufi music, holding of music festivals, promotion of local culture and folk art are the other initiatives launched for positive engagement of the youth. Government on its part is trying its best to tell a different story of J&K but the vision of a section of local media is jaundiced and they cannot see beyond conflict.

The number of remaining terrorists in Valley is approximately 200 out of which more than 50 percent are local youth, mainly without weapons, ammunition and cash. Attempts at weapon snatching, ATM thefts and bank robbery are all clear cut indicators of decline in militancy. Provocations from the mosques still continues, but this is on a decline, with police tightening the screws. A dedicated effort to de-radicalise the youth is needed, though a beginning has been made in this direction by creating a separate department under the Ministry of Home Affairs. The state government needs to multiply its focus and effort on this vital aspect.

There has been an increase in civilian killings in militancy-related violence with 54 civilians getting killed this year compared to four last year. These included high profile killings of Lt Umar Fayaz, Dy SP Ayub Pandith, Inspector Dar, political leaders and Amar Nath devotees. But to my mind, this is the biggest strategic mistake made by the terrorist leadership. A parallel can be drawn to Punjab militancy where similar violence against the local policemen and their families turned the tide and militancy was crushed in Punjab. Similarly, “there is fight of survival between local police and local people on the one hand and the terrorists on the other in Kashmir Valley,” according to Col Vivek Chadha, a prolific military writer. The fact that intelligence is flowing fast and frequently bears testimony to the fact. Human intelligence, which was the major handicap facing the security forces in Kashmir is now available in plenty, particularly from the women folk which had been the victim of the lust of the terrorists.

An ominous sign which is emerging is that the remnant disillusioned and misguided youth has taken to social media in a big way and are opening channels to express their feelings of anger and disenchantment. They want to fight its war through social media instead of insurgency and guerrilla warfare. The declining militancy is thus likely to transform into a social media warfare.

The sterling effort of National Investigation Agency (NIA) in exposing the terror funding network and involvement of the Hurriyat leaders therein has also contributed immensely towards declining militancy. The Hurriyat has been exposed so badly that its leadership has lost credibility and hold over the youth. Decline in militancy, however, does not necessarily mean decline in Pakistan’s efforts at keeping the pot boiling.

THE STERLING EFFORT OF NATIONAL INVESTIGATION AGENCY (NIA) IN EXPOSING THE TERROR FUNDING NETWORK AND INVOLVEMENT OF THE HURRIYAT LEADERS THEREIN HAS ALSO CONTRIBUTED IMMENSELY TOWARDS DECLINING MILITANCY.

Pakistan will continue to push terrorists across the Line of Control. The majority Kashmiris have understood Pakistan’s intent and design. The PM of Pakistan has denounced the ‘azadi narrative’. Pakistan has no sympathy for the Kashmiris but is interested only in Kashmir having lost the strategic depth it claimed in Afghanistan.

Pakistan’s involvement in Kashmir in fact has done more harm than good to the Kashmiris. The world no more sees Kashmir as a domestic struggle or an internal conflict but a border dispute between India and Pakistan. The international sympathy for the Kashmiris is on the wane and Kashmir is no longer viewed as a flashpoint. The Hizbul Mujahideen (HM) is split and fading. The majority of the youth is joining it to acquire a “Robin Hood” image. The leadership of Lashkar and Jaish has been wiped out. The remaining terrorists are untrained and demotivated as well as rudderless. The local support is also waning. A terrorist without local support is like a fish out of water.

The solid foundation laid by the security forces and emerging ray of hope has led the central government to initiate the process of sustained dialogue with a view to find a long lasting solution to the existing imbroglio. For this to succeed, the existing monolith canvas of Valley will have to be restored to its pristine glory of a multi-faith, multi-ethnic and multi-linguistic society. It is unachievable without the return of Kashmiri Hindus and other minorities. The time is running out. If the present generation does not return and settle in Valley, future generations will have no interest at all.

The anger aroused among the Kashmiris due to senseless killings of locals has kindled the hope of normalcy. If New Delhi fails to seize the opportunity provided by disenchantment of local population towards violence and succumbs to the pressure of releasing political prisoners as a confidence building measure, it would be committing hara-kiri. The golden opportunity would be lost and a new kind of violence, more deadly and foreign cannot be ruled out.

If winter comes, can spring be far behind? Let the winter of 2017 be the last dark winter and a watershed in the history of Jammu & Kashmir. It should usher in a new spring, heralding peace and announce the arrival of “Achhe Din” for which a common Kashmiri has been yearning since long. For the pessimists it would be suffice to note that this is not fiction but an emerging reality.

(The author is a Jammu based political commentator, columnist, security and strategic analyst. He can be contacted at anil5457@gmail.com.)