As the year 2017 is coming to an end it is time to take stock of what all has happened this year and what can take place in the coming year. This is applicable in all fields including sports, entertainment et al.

George Friedman, who heads Geopolitical Futures has attempted to forecast what is in the offing in geopolitics next year. He has concentrated on some of the most important geopolitical issues in 2018— the future of Europe, China’s rise and the new configuration of the Middle East.

The integrity of the European Union has been under duress since 2008. The global economic crisis of 2008 revealed structural divides within the bloc, and as its wealthier members refused to rescue its poorer members, the economic crisis morphed into a political crisis. The financial crisis also aggravated the divide between the elites and the lower classes within EU member states, galvanising domestic political forces that rejected the right of Brussels to govern. Since then, Britain has voted to leave the bloc, and Euro-skeptic parties have gained prominence on the mainland. Meanwhile, the EU has lost credibility with nonmember states, particularly those of Central and Eastern Europe, which increasingly took advantage of being on the outside looking in, free as they were to float their own currencies and tailor their own regulatory environments toward competitiveness. In other words, Europe entered an era in which sovereign states began once again to reassert their sovereignty.

These trends largely continued through 2017 as Europe’s economy largely stagnated and as anti-EU forces on the right continued to rise. Technocrats in Brussels, meanwhile, were unable to reconcile the bloc’s inherent internal contradictions. And so it is that after nine years, the EU still cannot function as it did pre-crisis. It is unable to make core decisions collectively, and now its defining features are regional and social tensions fuelled by economic issues and different cultural values.

In 2018, these trends are not expected to accelerate dramatically, nor anything as profound as the Brexit is expected. But neither will the trends reverse. Europe will, instead, focus on coping with its new reality. And if it cannot spark more economic growth, the status quo will be further tested.

The Chinese government is trapped between conflicting economic and political realities. It cannot sustain breakneck growth on a foundation of low wage exports, but it does not yet have the middle class needed to boost domestic consumption to levels that would insulate it from downturns in distant consumer markets. The reforms required to put the economy on sound footing would be extremely painful, risking major job losses that would threaten the political standing of the Communist Party. China’s leaders have tried to split the difference by keeping the economy humming with credit-driven growth while implementing only modest reform. But this has merely left the country with enormous debt bubbles and a looming housing crisis, and the country is only slightly closer to addressing its underlying problems. The risks of instability remain. 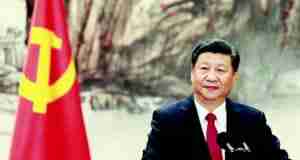 In 2017, the Communist Party consolidated its grip over society under President Xi Jinping. He has become China’s most powerful leader perhaps since Mao Zedong. There was a sufficiently widespread belief among Chinese elites that reconciling the country’s deep internal contradictions required a strongman at the helm. The only option is to try to contain the political fallout through authoritarian means as thinking in Beijing goes. The shortcomings of Xi’s authoritarianism are inevitable, and signs of a backlash will begin to emerge in 2018. Xi is already seeking to take advantage of the new political environment and the window of stable growth to double down on painful reforms. But the reforms themselves, particularly reducing industry capacity and introducing measures to cool real estate markets, will slow China’s growth, leading to job losses and discontent.

Beijing will also attempt to streamline bloated industries by picking winners and losers. Some of the losers will have political clout and an axe to grind. Xi and his allies will respond forcefully to any signs of dissent. Xi is too powerful to be taken down in the near future, but the near future will be tumultuous anyway.

IN 2017, THE COMMUNIST PARTY CONSOLIDATED ITS GRIP OVER SOCIETY UNDER PRESIDENT XI JINPING. HE HAS BECOME CHINA’S MOST POWERFUL LEADER PERHAPS SINCE MAO ZEDONG. THERE WAS A SUFFICIENTLY WIDESPREAD BELIEF AMONG CHINESE ELITES THAT RECONCILING THE COUNTRY’S DEEP INTERNAL CONTRADICTIONS REQUIRED A STRONGMAN AT THE HELM.

The Middle East has never been a picture of consistently strong and coherent political structures. The structural shift in oil markets in 2014, have accentuated its political problems. Hence the Arab Spring, which helped to create the Islamic State and the vacuum of authority in Syria, Iraq and Yemen. Political pressure within such pivotal Middle Eastern states as Saudi Arabia, moreover, has aggravated regional rivalries — all while the U.S. tries to divest itself somewhat from the region. In 2017, disintegration laid the groundwork for major changes in the region. The Islamic State’s territorial ambitions in Syria and Iraq have been quashed, reopening a vast vacuum of authority in the region. Saudi Arabia succumbed to a generational political crisis. The main beneficiary of both of these developments has been Iran. With its unmatched influence in Syria, Iraq and Lebanon, Iran is uniquely positioned to fill the vacuum left by the

Islamic State. Tehran’s historical rival, Saudi Arabia, is too weak and too internally occupied to decisively counter Iran—or to even maintain solidarity in the Gulf Cooperation Council. This will embolden Turkey and Israel to play a bigger part in shaping the coming geopolitical order.

Disintegration is not the only defining characteristic of 2018. In East Asia, for example,  events  will  be  driven increasingly by the emerging competition between China and Japan and  by  efforts  of  the  region’s heavyweights  to  adapt  to  a  less pronounced U.S. presence — a dynamic that will become manifest no matter how the crisis on the Korean Peninsula unfolds. In Europe, divisions between the eastern and western parts of the Continent will become more pronounced, as illustrated by growing competition between  Germany and Poland. In the Middle East, attention will be overwhelmingly focused on Iran, which sees a rare opportunity to cement an arc of influence spanning all the way to the Mediterranean. But each of these, in their own way, attest to much broader if more subtle processes underway. It’s in these larger themes that we’ll find the changes on the horizon.

Maj Gen PK Mallick, VSM is from Corps of Signals and specialises in Cyber, Signals Intelligence and Electronic Warfare issues. He has been Senior Directing Staff (Army) at National Defence College. He does free lance writing, enjoys travelling, and is interested in Military History. He runs a blog site and http://strategicstudyindia. blogspot.in and http://indianstrategicknowledgeonline.com for benefit of people interested in strategic issues.