The conflict within a state is not primarily due to physical violence but due to inability of the state to take advantage of their huge potential for growth, neglect of aspirations of the citizens and economic inequality. Jammu and Kashmir has seen the slow, grinding failure by the political leadership and insensitiveness of the administration towards the Awam of the state. It is tragic that the failure of the state to integrate with the main stream is by political design that government of India allowed it to happen since 1947 under their nose. From time to time, political leadership has created roadblocks in development, integration with the idea of India, destroyed incentives, created tilted opportunities for the self-serving political leaders and played into the hands of inimical forces. Under such a toxic political environment people are bound to revolt and hold on to a straw offered by perceived well-wisher. In the instant case, Pakistan acted as a well-wisher of the disgruntled and discarded political failures to drum up instability. J&K is a classic case where political exploitation has finally failed the state and has taken entire corrupt system down with them as a result a government that is seen anti people has caused disaffection among the youth.

Instability doesn’t come overnight, the seeds of the discontentment are sown deep within the political institutions and has been exploited by the two political parties of the state by sometime tilting towards the separatists and Pakistan proxies and when in government tilting towards Delhi. But these political establishments rarely tilted towards the people of Kashmir and that has been one the biggest reasons of 30 years long conflict in Jammu and Kashmir. Unfortunately political vandalism that started as an anti-India campaign in J&K created stateless societies where rule of law is conspicuous by its absence and radicalised youth quickly adopted the gun culture.

There is a churning going on in Kashmir. Effective military operations have literally broken the back of the terror outfits and the perception among the terrorists is that if not today, they will be eliminated tomorrow. But this is not the first time that military has hit hard at the terror organisations; such successes were also achieved by security forces in 1996, 2006 and even in 2010-12. But this time, the synergised operations by Army, JKP and CRPF have created a fear psychosis among the terror outfits. The greenhorns want to return back due to fear of elimination but are being forced to stay back under coercion by some of the hardcore Kashmiri and foreign terrorists. Incidence of stone pelting have come down and mothers appealing to the terrorists to return back to home is a good sign. But these developments have to be taken to logical conclusion and concrete steps are required to rehabilitate and prevent surrendered terrorists to return back to terrorism. Government has taken a good step to give an olive branch to stone pelters and released them without charges as one time pardon. But this waiver should be conditional and if they again resort to stone pelting the old charges must be brought back and prosecuted as habitual offenders. It will have deterrence and will desist youths from doing so again. 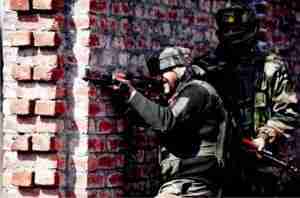 India needs to take the initiative before Pakistan and its proxies come out with another trick to destabilise the state. Winter months are usually utilised by separatists and ISI to strategise, reorganise and consolidate; thus India has to break the strategy and remain ahead of what Pakistan and separatists are planning.The operations against terrorists must continue relentlessly. No breather should be given to the terrorists at this stage when security forces have already established dominance physically and psychologically. Separatists should not be allowed to congregate and meet and should be taken under preventive detention to different locations to isolate them from the public and over ground workers.

Let there be no doubt that both the main stream political parties of Jammu and Kashmir have lost credibility and population have no hope from current leadership. Kashmiri intellectuals are of the opinion that unless there is a new credible political system created in Kashmir that is outside the two families, Kashmir conflict is unlikely to get resolved. Even if there is a requirement to establish Governors rule in Kashmir till an alternative and more credible political system is built, winter is the time to experiment and impetus can be given for development process in the next 6 months.

Decision of the government to start talking to all the stakeholders through interlocutor is considered a good initiative. But the choice of interlocutor is being seen as another attempt by Delhi to create division among the Kashmiri awam. The population at large  want  an  interlocutor  who becomes their voice rather than the voice of Delhi in Kashmir. A former interlocutor may have good knowledge of internal and external linkages among the politicians and separatists but is not good enough to establish and win the trust of the people. Masses and youth are of the opinion that talking to political leaders of the three main stream parties is futile since none of them enjoy public trust and support anymore.

THERE IS A CHURNING GOING ON IN KASHMIR. EFFECTIVE MILITARY OPERATIONS HAVE LITERALLY BROKEN THE BACK OF THE TERROR OUTFITS AND THE PERCEPTION AMONG THE TERRORISTS IS THAT IF NOT TODAY, THEY WILL BE ELIMINATED TOMORROW. BUT THIS IS NOT THE FIRST TIME THAT MILITARY HAS HIT HARD AT THE TERROR ORGANISATIONS; SUCH SUCCESSES WERE ALSO ACHIEVED BY SECURITY FORCES IN 1996, 2006 AND EVEN IN 2010-12.

The interaction should be with the people rather than with the politicians who are responsible for this mess. Instead of putting trust on one man it is always better to have a team that can interact with cross section of population. Main interlocutor could be one but should be assisted by a team that must look into different issues so that some of the grievances of governance deficit can be addressed by the Government of India concurrently.

Another heart burn is that an interlocutor operating from Delhi is considered as a man fully under the thumb of the MHA/PMO and unless the chairman and members continuously stay in Kashmir, the efforts are being seen as tokenism. Interlocutor should not only be a messenger but a repository of trust and faith of the people and the government. Hearing grievances is one thing and addressing grievances is another. The popular perception is that interlocutor has no accountability except having a formal and informal dialogue. Conflicts are managed and resolved by opening up discussion, finding meeting ground for disagreement and finally leading to decisions and a road map. Even if the government wants to enlarge the group or reconstitute the team of interlocutor, it must not have politicians, bureaucrats and former police officers since they are considered mouthpieces of the MHA/PMO and do not enjoy the trust of the people. Lt General DS Hooda, former army commander Northern Command even now commands respect in the Valley and is hugely popular among the youth, intellectuals and even the separatists. However, the team should consist of members of academia, social organisations and intellectuals from J&K and outside the state. Even few educated youths from Valley should be incorporated in this team NIA crackdown on money trail to separatists is a welcome step, but selective targeting only of separatists is seen as motivated. People are asking two questions. Why not also target and question those politicians and government functionaries who were beneficiaries of the money trail from Delhi and Pakistan? Will NIA take it to logical conclusion or will it hit the road block and meet the same fate as the infamous sex racket case of Kashmir where the case was willy-nilly given a quiet burial since big and famous names figured in it. Similarly, the NIA investigation should not restrict to J&K but also target others, even if it leads to those in prominence in Delhi and other parts of the country.

Battle of narrative is not getting due impetus, army with meagre resources is fighting a lone battle, that to in a narrow approach to deal with ISPR but the concerted national efforts are lacking with no synergised initiatives being taken by the Government. Problem is not in understanding what the new narrative should be and how this narrative should be handled to blunt the ISI and separatists effectively. Target of own narrative should be ISI, separatists, radicals, youths, common masses and even political leadership of Jammu and Kashmir.

Government should take immediate steps to rehabilitate juveniles under detention. Juvenile centres should be more of education centres than jails. They should not be brought in touch with the hardened criminals and radicals. There were instances where these juveniles were being indoctrinated by separatist’s leaders in an organised manner within jails without any restriction. This must stop and juvenile centres with education, skill development and sports facilities with the help of volunteers from across the nation should be organised.

Effective implementation of Prime Minsters Scholarship programme should be ensured. Students eligible for scholarship should be put in central or state government universities instead of deemed universities or private universities. In the past, this incentive has led to bitterness among the students because most of these colleges and universities were either fake or substandard and produced only educated illiterates. Central Government stopped scholarship to large number of student’s studying in unrecognised universities/institutions, thus leading to a sense of betrayal.

India must prepare an alternative political leadership not only in J&K but also in POK and Baluchistan. There is a case to sponsor students after due verification from POK (including Gilgit Baltistan) and Baluchistan to study in selective universities abroad or in India to act as future pro-India leadership. These students should be mentored and supported to counter Pak propaganda and as and when opportunity arises, these leaders should be installed in positions of power/influence. Most important factor to reduce the likelihood of spike in conflict in Kashmir is to promote inclusive development; reduce inequalities between groups; tackle unemployment; and incentivise the peaceful population for their faith and trust in the idea of India. Central government must focus on development of Poonch Rajouri, Doda, Kistwar, Leh and Kargil so that it acts as incentive for maintenance of peace and prevention of spilling of instability in other parts that are comparatively peaceful.

But most importantly, India must fight the proxy/hybrid war of Kashmir in POK and Baluchistan. Methodology need no elaboration and even if India has to partner likeminded allies so be it. But to fight Kashmir conflict in the Valley is a defensive mindset and retrograde strategy.

Brig Narender Kumar, an Infantry Officer, commanded a Rashtriya Rifles Battalion in J&K and Assam Rifle Sector in Manipur. He is currently Distinguished Fellow at the United Services Institute of India, New Delhi.

THE MEDIA DISCOURSE ON J&K