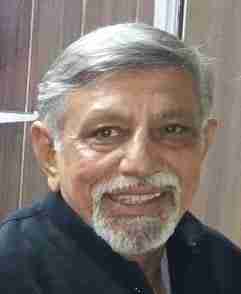 Employment of air power for close air support missions in operations necessitates planning and coordination in air space management between various agencies. Air defence, artillery guns and rockets, attack and reconnaissance helicopters as also close air support aircraft operated simultaneously in the same limited air space, possibly with different height zones, however a risk of being shot by friendly fire always existed. With the proliferation of UAVs and drones the same restricted space will only get more cluttered and enhance possibilities of accidents as they gain importance by the day.

Intelligence, surveillance and reconnaissance (ISR) are best resorted to from the air. In the past, there was employment of helicopters and aerial missions in addition to satellites which provided inputs to ground forces, close to real time, as photographs took time to be developed and delivered. The development of UAVs of all sizes, varying flight durations and height levels, packed with technological advancements has changed this concept.

Given a choice, every unit, irrespective of nature of task, and every commander would seek real time information. None would be willing to wait for it to flow from the top. Hence the ideal methodology is to employ UAVs and drones, range, duration of endurance and height of operation depending on the formation or unit’s area of influence and interest. This is the future cluttered battlefield.

The availability of longer range artillery implies detection and correct identification of targets well in depth for timely engagement. The accuracy of location of targets would determine the effectiveness of destruction and degradation. Similarly, is the requirement to monitor the engagement for Post-Strike Damage Assessment (PSDA).

Offensive ops were time consuming as ground reconnaissance was essential and necessitated moving troops to occupy vantage points in hostile territory for physical reconnaissance. With the availability of UAVs, this has been to a large extent offset, as uptodate information on enemy deployment, movement and location of reactionary forces is readily available.

Armed drones have begun changing the nature of warfare, especially counter insurgency and cross border strikes. This has been amply demonstrated by the US in war torn Syria, Iraq and closer home in Pakistan and Afghanistan. Controlled from mainland US, thousands of miles away, the drones have been able to strike precision targets including moving vehicles, hideouts and training camps. The detection, identification and engagement of targets is done real time with deadly accuracy. They could be similarly employed in operations to engage targets behind crests, naturally protected from artillery fire assaults.

The benefit of UAVs and drones is immense, with each service demanding them in mass quantities justifying it as essential to enhancing operational capabilities. The army requirements include ISR, target acquisition and monitoring, target engagement and PSDA as also guiding artillery fire. In the ‘no war no peace’ scenario as is existing along the LoC with Pak, it is ideal for monitoring infiltration along the LoC and monitoring and engaging Pak terror training camps. Whether it would replace the Air Observation Post (Air OP) in its primary task of aerial reconnaissance and directing artillery fire in operations, has yet not been seriously considered.

ARMED DRONES HAVE BEGUN CHANGING THE NATURE OF WARFARE, ESPECIALLY COUNTER INSURGENCY AND CROSS BORDER STRIKES. THIS HAS BEEN AMPLY DEMONSTRATED BY THE US IN WAR TORN SYRIA, IRAQ AND CLOSER HOME IN PAKISTAN AND AFGHANISTAN. CONTROLLED FROM MAINLAND US, THOUSANDS OF MILES AWAY , THE DRONES HAVE BEEN ABLE TO STRIKE PRECISION TARGETS INCLUDING MOVING VEHICLES, HIDEOUTS AND TRAINING CAMPS.

The air force and navy would require them for surveillance, boosting air defence capabilities to add to existing radar configurations and engagement of targets. While the requirements of the army may involve UAVs with lesser flying time with varying altitude, depending on terrain configurations, the air force and navy requirements would involve longer flight durations and greater altitudes.
For the armed forces, these would augment inputs presently flowing from satellites, building data bases and enhancing strategic intelligence. Commanders at all levels would be able to monitor inputs on real time basis and be prepared for developing situations. Thus, with passage of time UAVs and drones would become an integral part of the armed forces at every level. On ground, while availability of UAVs and drones has yet to reach such levels, it soon would, as the equipment is internationally available while also being developed by the DRDO in India.

In the present concept, its employment is expected to be delegated to varying levels of command, based on task and requirement. Amongst the contentious issues, yet to be discussed and cleared would be the responsibility to employ and launch armed drones. The army would desire to control deployment and employment, as it would seek to engage enemy terror training camps and infiltration attempts as far forward as possible, after all the LoC is active and Counter Insurgency (CI) is the order of the day. The air force concept would be to employ them as strategic assets for engaging enemy air defence systems as part of its deep strike strategy in operations. Operating them is likely to remain with the air force.

A major benefit of employing UAVs and drones is even if destroyed, it is loss of equipment with financial implications, however without corresponding loss of human lives. A nation, in peace time, can afford to lose an equipment not a life, which could become an embarrassment in international circles. Further is the availability of real time inputs, permitting forces to be redeployed based on emerging threats. Hence, its benefits are immense, however, so are its shortcoming in the limited battle space.

Its employment in CI and along the LoC in the present context is ideal, as operations are restricted in time and space. Air power is not employed and artillery duels are controlled. Further, induction of the 155 mm gun systems with longer ranges has yet to commence, hence the air space is free for their random and uncontrolled employment.

A glance at the development plans of DRDO would indicate that it covers a wide range of UAVs meeting the requirements of the armed forces. It varies from long range armed and unarmed UAVs to Slybird with a range of ten Kms and the Netra for counter insurgency operations. India has acquired a variety of UAVs from Israel and is also in the process of acquiring more from Israel and the US. The larger the variety, the better the flow of IRS, the more the free flow of aerial objects in the Tactical Battle Area (TBA).

Since the commencement of across the board employment of UAVs and drones, there has never been a war where both adversaries have employed UAVs and drones to maximum effect. In recent times, these have been employed by one superior power against a weaker adversary, whether it be Israel against the Palestinians or the US in Iraq, Syria, Afghanistan or Pakistan. Hence, there is lack of knowledge on how it impacts air operations.

In the Indo-Pak context both nations possess almost similar nature of equipment and are seeking to continue developing and employing them. While India either develops inhouse or imports, Pak obtains from China or manufactures based on Chinese technology. Thus, it needs to be considered as to the impact their mass employment would have in the TBA, mainly in J and K, where possibility of limited operations is much higher.

A MAJOR BENEFIT OF EMPLOYING UAVS AND DRONES IS EVEN IF DESTROYED, IT IS LOSS OF EQUIPMENT WITH FINANCIAL IMPLICATIONS, HOWEVER WITHOUT CORRESPONDING LOSS OF HUMAN LIVES. A NATION, IN PEACE TIME, CAN AFFORD TO LOSE AN EQUIPMENT NOT A LIFE, WHICH COULD BECOME AN EMBARRASSMENT IN INTERNATIONAL CIRCLES. FURTHER IS THE AVAILABILITY OF REAL TIME INPUTS, PERMITTING FORCES TO BE REDEPLOYED BASED ON EMERGING THREATS. HENCE, ITS BENEFITS ARE IMMENSE, HOWEVER, SO ARE ITS SHORTCOMING IN THE LIMITED BATTLE SPACE.

Free flying UAVs and drones would impact helicopters and low flying fighters, either supporting ground forces or evading enemy radar, to strike at targets in depth. In mountains, low altitude flying would be restricted to valleys hence limiting areas and enhancing possibilities of accidents. Since employment of UAVs and drones is likely to be delegated within the army without centralised command and control, passing instructions to reduce or restrict their employment, during times when other aviation resources would be using the same air space would be difficult to implement.
The impact on the aviation industry by the witnessing of a single drone over a commercial airport is such that it offsets flight schedules for hours. This clutter by own forces is likely to be far higher and may impact the effectiveness of own air power, which while on a mission compels the pilot to also concentrate on free flying objects in near vicinity. Simultaneously, the enemy would also be employing UAVs and drones in almost a similar manner, which is equally threatening to own air force as it crosses the border to destroy hostile targets.

While it would operationally benefit commanders at all levels in maintaining latest ISR, it would remain a threat to air power and helicopters. Restrictions could possibly only be placed on high flying UAVs, whose control on employment would be at the strategic level. Thus, the air force and army aviation would need to consider the presence of increased free flying objects in the TBA and their impact on air operations. It may entail a change in air tactics as also necessitate creation of means of controlling UAV flying at crucial times. Further, tasking of army aviation may have to be revisited, as part of their role could be better done by UAVs and drones. This subject has generally been brushed aside, but would soon need to be discussed as their deployment and employment increases.

An alumnus of NDA, DSSC, HDMC and Canadian Forces College, Toronto, Maj Gen. Harsha Kakar is a veteran Gunner based in Lucknow. He writes on strategic issues for various magazines, newspapers and online journals. His blogsite is kakarharshaarticles.com and twitter handle @kakar_harsha

There is growing believe that the outcome of US-China trade agreement is heavily tilted in favour of the US. Even within China, there has been uneasiness. Few think tanks have quietly been...

The first India Air Force (IAF) squadron of the 22 Apache AH-64 E(I) attack helicopter was formed at Pathankot in September 2019. Selected air and ground crew had undergone training at the...