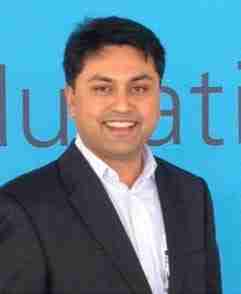 How much does a terrorist attack cost? Where does the money come from? How does the money get through to terror groups? How are far-off countries like India, an integral part of the terrorfunding network?

While Indian media was busy justifying and communalising the issue; international agencies like the UNSC and Antiques Coalition published some shocking data on terror-funding and its linkage to heritage-theft. Media’s penchant for pseudo-news and malleable narratives ensured that this critical topic got no coverage whatsoever, in India.

HOW MUCH DOES A TERRORIST ATTACK COST?

Here is what we know. It is surprisingly cheap to orchestrate a terror-attack; even one large enough to shake the world. The 2015 terror-attacks in Paris, as an example, cost only $88,160 (~Rs 56 lakh). Interestingly, only $22,570 (~Rs 14 lakh) was spent on patently criminal activities (like making false IDs and acquiring weapons). The rest of it, about $65,590 (~Rs 42 lakh), went towards phone calls, car-rentals, travel… the seemingly harmless simple stuff. ISIS took 130 lives for the price of a small flat in Delhi.

WHERE DOES THIS MONEY COME FROM?

Now, this is where it gets really interesting. Terror-funding sources like oil, money-laundering, and narcotics have dominated the public perception and media-narrative. This image fits in well with the optics of a Bollywood-ish villain, that funds an evil empire through ‘traditional’ ill-gotten gains. What doesn’t fit into that image though, is the “villain” selling stolen rag-tag antiquities to fund terror. That is how we miss what is right before our eyes. The United Nations Security Council passed resolution 2199 saying exactly that. That ISIS was stealing and smuggling heritage artifacts to fund their terror-operations. USA quickly followed suit passing “H.R.2285 Prevent Trafficking in Cultural Property Act,” recognising “trafficking of cultural property” as a “homeland security” issue; not an art or heritage concern limited to cocktail evenings at museums and high-society dinners.
In short, heritage from across the world is being peddled, so bombs can be thrown back at us.

HOW DOES INDIA FIT IN?

Between 2011 and 2016, the declared imports of antiquities into USA grew by almost 50 percent. That sure is a phenomenal growth rate. More so, for a product or market that is not new or fancy. Of the $147 million worth arts/antiquities traded in 2016, $79 million worth came from India.
Compare that to Iraq at only $2.5 million. In short, more than half of USA’s arts/antiquities imports had their origins in India.

When you view this in the context of India’s CAG report (India’s official review and audit agency); commenting on ASI (India’s official agency responsible for preventing heritagecrimes); they chose to not mince words and describe the agency’s efforts as “completely ineffective”.

To add to this, a recent High Court ruling in India had “not come across even a single case, where the persons involved in smuggling the Idols out of the country have been independently prosecuted…”.

The team at India Pride Project posts regular updates on heritage-thefts. Interestingly, most of those thefts are not even officially reported by the local police. No wonder multinational-terror groups chose India for its ripe, repercussion-free, pickings.

Heritage-destruction has been an integral part of civilisational conquests. Nazis destroyed Jewish art; and we all know what happened with the Bamiyan Buddhas. What is new though, is where new age terrorists are taking this deplorable act.
Well-organised crimes, their operational mechanics, and terrorfunding are such complicated, intertwined networks, that it takes a while to comprehend the very complexity of their nature. Heritage crimes, treasonous non-state actors, the deep state, and international terror BLOOD networks; are all part of the same venndiagram, with non-linear intersections.

Take the example of Partha Pratim Roy Burman’s kidnapping. The ransom money of Rs 4 crores was diverted towards planning the 9/11 attack in New York. What looked like a simple case of kidnapping, was later found to involve Mohammad Atta, Aftab Ansari, ISI and the Jihadi network.

As Lt Gen. Ata Hasnain puts it, “Protecting the nation, is not just about placing armies on our borders any more”. The termite-like enemy within, is now as dangerous as the enemy outside. India needs to recognise marks of hybrid-warfare right before our eyes. Major General Dhruv Katoch, in a slightly unrelated context said, “If you can target them, when they are targeting you, then you have achieved some sort of a deterrent stability.” Unfortunately, India has not been able to target or successfully prosecute even one significant heritage-criminal to date. There goes our ability to create a deterrent; for the very criminals that are selling away our heritage, so they can throw bombs at us.

The biggest Psy Ops (psychological operations) success our opponents have had, is making us believe that the “heritage-crimes” issue is

(b) a Ministry-of-Culture issue. Fact is, it is not limited to either. (Case in point — the Directorate of Revenue Intelligence (DRI) has been prosecuting these international networks, not the ASI, as one would have traditionally assumed.)

The model is so simplistic in its brilliance, that people find it hard to believe someone could pull it off –

(A) Criminals and Insurgents loot away our temples (puncturing the socialfabric locally), and

(B) ISIS helps with the international segment of the sale (generating revenues for terror operations). We know each of these statements to be true in isolation. We’ve just not stitched them together; and evaluated the implication.

WHY WE ALL ARE WRONG?

The collective consciousness has gotten two facts drastically wrong. So let me correct them for you: 1. It actually is quite inexpensive to fund a terror-attack; and 2. It actually is very lucrative, and riskfree, to trade in stolen heritage.

Once you put these two together, you have a potent, dangerous, flammable mix, ready to explode in your face. Antiques Coalition suggests an example. With the gains from selling one Buddha sculpture (stolen from Mathura, illicitly sold for $ 1 million); terrorists could literally fund a dozen Paris-type attacks.
To put that in an extrapolated perspective—That’s 1,500 lives that could be lost, by smuggling out ONE piece of Indian heritage.

Let that sink in for a minute! So paradoxically, though Lord Buddha spent every waking minute spreading the world of peace and coexistence; terrorists today, are using his very image to fund quite the opposite.

You and I are regular people. We don’t think like the ISIS; we don’t get into their heads; and that’s exactly what encourages them. National security agencies are still chasing narcotics and counterfeit currency operations, conveniently barking up the wrong tree, just because it fits into a traditional, comfortable construct.

Make no mistake. Just because we have our heads in the sand, doesn’t means that terrorists do too. Collective ignorance and Government apathy, acts like a pep-pill for them to push the pedal (on funding terror through heritage-crimes). Unfortunately, that pedal is in a van that’s headed straight at us.

Anuraag Saxena is based in Singapore. He is passionate about Indian heritage and culinary-history. He has been featured/published in BBC, Economic Times, Sunday Guardian, Doordarshan, Man’s World, Swarajya, Panchajanya and Organiser; and leads India Pride Project (www.ipp.org.in). He tweets at @anuraag_saxena

MY SOJOURN IN KUTCH