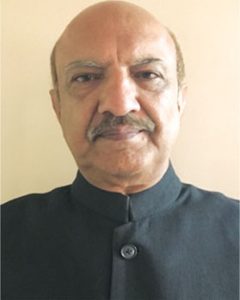 The Prime Ministers ‘Swach Bharat Abhiyan’ (Clean India Campaign) is unexceptionable. It is potentially transformational in so much as it seeks to change attitudes and mindsets. In their personal life and in their own homes, Indians are perhaps the cleanest people in the world. This however, does not translate into the public space, where little thought is given to keeping the environment clean. As such, the task for the nation is clearly stupendous.
For a campaign of such nature to succeed, covering over 1.3 billion people, each and every segment of society has to be involved. This would include all institutions and departments of the Government of India, the larger corporate houses, small scale businesses, home makers, schools and colleges across the country — indeed each and every Indian has to play her or his role. This has to become a way of life, something that is second nature to all of us. The Armed Forces obviously too must play their role and perhaps act as a beacon to the rest of society in this regard. They are held up as role models in society and the example they set, trends in civil society. But all this must be accomplished with finesse and panache, and not in a ham handed manner which makes people perceive the military in a manner not befitting their dignity and stature.

India is still a caste based society where certain functions are looked down upon. It is thus important for leaders to set an example and personally undertake tasks that are considered menial and infra dig by large segments of society. This is the reason why Gandhi himself would sweep the floor and clean his toilet — to convey that no task is beneath the dignity of people to perform. This however cannot be a one off measure for a photo shoot. That rarely works. It must flow as an activity that is routine, much in the manner that schoolchildren in Japan clean their school premises on a daily basis. This brings to the forefront the concept of dignity of labour.

Photographs appearing of the wives of senior officers, dressed in their sartorial best, cleaning roads which are devoid of dirt are rightly viewed with scepticism and disdain. Similar photo graphs appearing of political leaders too are scoffed at by the public. That is a ham-handed approach to the entire cleanliness drive. The manner in which instructions were issued to the Army to clear litter in high altitude areas also left a sour taste in the mouth. Pictures of an officer of Major General rank flagging off such an event, with troops carrying litter bags gives not just a poor impression of the Forces, but also have a negative impact on troops. While that would not have been the intent of such instructions, it highlights the importance of dealing with such issues with sensitivity and a certain measure of subtleness.

The way the military preserves its environment and living space is perhaps a model that the nation could emulate. But here too, the armed forces, as a disciplined force can play a leadership role. As an example, converting biodegradable waste to organic manure is simply a matter of technique. Correct waste disposal in the cook houses takes little time and effort, does not consume resources and helps to preserve the environment. This could be followed in all unit lines as also by the families, till it becomes a way of life. Such initiatives if taken could be more meaningful as well as transformational.

The best way to keep an area clean is to prevent littering. That must be the prime intervention. The Army can play an important role through personal example and by educating people, especially in remote areas. In high altitudes, many of our mountaineering expeditions have since long been bringing back waste left by careless mountaineers and trekkers. The same is also done by mountaineering expeditions undertaken by civilians. But such things must never be reduced to an order or a directive. Better by far to seek the views of the Army as to how such tasks could be implemented and then act accordingly. The Armed Forces are tradition bound institutions. Inappropriate orders would be perceived as demeaning and could lead to lowering of self esteem. That is something which must be avoided. While shaping perceptions, let us not muddy the waters.

A JOURNEY TO FREEDOM