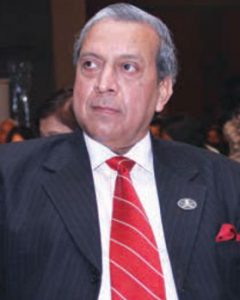 When I joined my Paltan nearly 50 years ago, life in the army was rather different to that it is today. There was a lot of emphasis and much respect for customs and traditions. Being an ‘Officer and a Gentleman’ was a quality that was much admired and respected by seniors and peers alike. Notwithstanding the inherent ambiguity in this lofty statement, everyone still seemed to understand what this entailed, and all without exception were measured and respected by this discerning and unforgiving benchmark!

One of the customs strongly enforced was that one never discussed politics, women and money matters among officers. Each of these subjects though had a basis in logic and common sense as also in its own way contributed to one being an Officer and a Gentleman! Politics was not discussed because officers were expected to be apolitical. It was unthinkable to openly align with any political party. Your choice or preference was a very private and personal matter not to be disclosed or discussed openly. This helped avoid the inevitable heated discussions and consequent cynicism/bitterness which political differences are wont to. It would have been very divisive and a body blow to camaraderie, for a CO and 2IC to openly espouse different political parties and most certainly the death knell of being apolitical.

Women were never discussed as it was considered unchivalrous to be indiscreet about ladies you knew. Gentlemen were expected to respect the fairer sex and protect their dignity zealously. The rationale besides the above was quite straight forward. In those days, units and formations were located in cantonments which then were far away from the corrupting influence of civilians. The social life and interaction with women and young ladies was restricted mainly to the cantonments or military stations. In this rather narrow circle of acquaintances, one pretty young lady or two, had a good chance of being a cousin, sister, friend or relative of another officer. Thus, speaking or bragging about them in any unflattering or licentious manner as males tend to do would again impinge on the highly prized camaraderie of the officer fraternity! So, talking about women by name was taboo and any discussion was discouraged.

Finally, the root of all evil, money. One never ever discussed money or salaries in a good unit. It was considered un-officer like to do so! Once again, this tradition too had a foundation in pragmatism. Officers in those days normally came from reasonably well-off households and were often second generation officers or products of niche private schools. It would be unbecoming to show off or brag about ones wealth or heritage. Secondly, though not so well paid even then, officers maintained an enviable life style and strongly believed that being an officer was a blessing and privilege well above and beyond any pecuniary consideration. You joined the profession of arms fully conscious of the prestige and honour attached, vis a vis the financials! Majority of my much more well-off friends envied the army lifestyle and would have given a right arm and leg to trade places but for the daunting challenge of sitting for the formidable NDA entrance exam! Senior subalterns delicately guided the young officers on the fine lines to be followed and tactfully cajoled them to increase contribution to the DSOP fund, yet disallowed counting pennies. It was then traditional for the Head Clerk to put up all payslips and mess bills of officers discreetly but openly to the CO for him to assess and determine the financial discipline or profligacy of an officer. The honest aim being to guide and ensure that officers were never financially embarrassed. It is therefore no wonder that many officers of the old school view the somewhat strident demand for monies and pay increase these days with a sense of disquiet and unease.

It can thus be seen that the most written and unwritten customs and traditions followed by the army have an inherent logic to them and all contribute to esprit de corps and camaraderie, the bedrock of the spirit of the forces for many generations. It would do our forces a world of good if the respect for customs and traditions is revitalised!

AN ICON PASSES AWAY