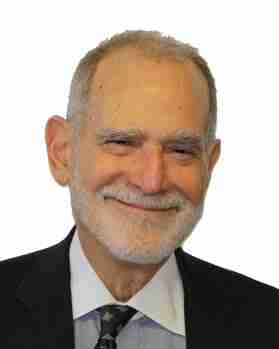 Crises are usually singular events, but on rare occasions they come in pairs. This has happened twice in the Nuclear Age, by my count. A third pairing might be in the offing. My intention here is not to further overload circuits. The U.S.-North Korean standoff will more than suffice, but I believe a heads up is warranted. We know that the possibility of another war on the Korean peninsula cannot be wished away. Conflict could occur if President Trump means what he says – that the United States cannot accept a mutual deterrence relationship with North Korea. War could also happen by miscalculation. As this extended crisis plays out, relations between other nuclear-armed states have serious friction points. U.S.-Russia, U.S.- China, China-India, and India-Pakistan relations could deteriorate rapidly. On top of this, Trump might nullify an agreement negotiated during the Obama administration that verifiably limits Iran’s nuclear capabilities – even if Tehran remains in compliance with its terms.

Because of these friction points, nuclear war-fighting capabilities are being refined. The United States and Russia are recapitalising their nuclear forces, while China, Pakistan, India and North Korea are increasing theirs. Concurrently, treaties are unraveling, thanks to the actions of Republicans on Capitol Hill and Vladimir Putin. Nuclear war-fighting capabilities are pursued to “strengthen” deterrence, but deterrence alone has not kept the nuclear peace; a combination of deterrence and diplomacy has, and can again. At present, diplomacy to reduce nuclear dangers is nonexistent for every troubled pairing. There is a distinct possibility that friction between one of these pairings could flare into a confrontation while the United States and North Korea are at loggerheads. It’s happened before.

In 1956, the leaders of Great Britain and France, acting on the core belief that they could not accept Gamal Abdel Nasser’s seizure of the Suez Canal, carried out a preemptive war with Israeli collusion. Their war aims were not achieved because they falsely assumed that President Eisenhower would support their actions. While attention was focused on the Suez crisis, the Kremlin sent Soviet forces into Hungary to quell an uprising. The Kremlin succeeded, unmasking the Eisenhower administration’s unwillingness to back up its rhetoric about rolling back the Iron Curtain. Note to leaders: double-check your core assumptions and your rhetoric.

In 1962, the world’s most dangerous nuclear crisis to date played out over the covert introduction of Soviet missiles into Cuba. President Kennedy operated on the core belief that these missiles — he and his advisors did not know that they were accompanied with nuclear warheads — had to be removed. While Washington and other capitals were transfixed by the Cuban missile crisis, a border war occurred between China and India, much to New Delhi’s surprise. Chinese troops repulsed forward-deployed Indian forces along a contested border and, having taught India a painful lesson, fell back. Note to leaders: bad surprises can outnumber good ones in crises and warfare.

If Trump’s core belief in the North Korean standoff is that the United States cannot accept a North Korea armed with nuclear weapons, then a third war between nucleararmed states is possible — the other two being the 1969 Sino-Soviet border clash and the 1999 limited war over Kashmir between India and Pakistan. Any one of the troubled nuclear pairings could turn into a second crisis during the U.S.-North Korean standoff. India and China are engaged in another flare up over contested border areas, which worries strategic analysts in New Delhi. But the conventional wisdom I heard during a recent trip holds that a war with China is unlikely, while additional stand-offs along un-demarcated borders can be expected.

More ominous, in my view, is continued violence along the divide separating Indian and Pakistani-administered Kashmir, and within the Muslim majority Kashmir Valley, which is almost completely disaffected from Indian rule. In September 2016, Indian Prime Minister Narendra Modi tried to break this cycle of violence, which included attacks on Indian military camps, by authorising and publicising “surgical strikes” against Pakistani military posts. This message to Rawalpindi to control extremist groups that enjoy safe havens didn’t work. Instead, the pattern of violence along the Kashmir divide continues unabated, without marked public comment from other capitals.

This situation is reminiscent of developments preceding the most serious nuclear crisis on the subcontinent, when rising violence preceded an attack on the Indian parliament building in December 2001 that could have resulted in the deaths of Cabinet members and legislators. Both countries then mobilised for a war that was avoided by New Delhi’s second thoughts and U.S. crisis management.

All of the trend lines between India and Pakistan point toward another crisis. Public diplomacy is absent. Extremist groups that focus on Kashmir are unlikely to sit idly by as Kashmiris resist Indian rule. They can expect help from Pakistan’s military and intelligence services that view Modi as unalterably hostile, despite his attempts to improve relations. There is deep resentment directed at Washington’s embrace of India, topped off by Trump’s public invitation to New Delhi to play a more prominent role in Afghanistan. The Trump administration’s strong warnings directed at Rawalpindi might induce caution — but I wouldn’t bet on it.

Circumstances are pointing toward another face-off between India and Pakistan this year or next. Preventive diplomacy will be a very heavy lift.

Michael Krepon is the Co-founder of the Stimson Center. This essay appeared in Arms Control Wonk.