Indian Army fought its first two wars (1947-48 Indo-Pak and 1962 Sino-Indian) with the ancient Lee Enfield .303 bolt-action rifle. By the 1965 Indo-Pak war it had the then new 7.62 self-loading rifle. The lighter, smaller calibre Indian Small Arms System (INSAS) 5.56 rifle produced since 1995 has been prone to jamming in cold conditions and its plastic magazine cracking. As one of the most operationally committed of armies in the world, it is high time that it gets a rifle which matches those used by its adversaries and terrorists.

In 2010, the Army issued the initial tender for 44,600 close quarter carbines. Rifles from two different vendors, Israel Weapon Industries and Italian Beretta, were selected for field trials. Beretta’s ARX160 model was rejected by Directorate General of Quality Assurance because a safety measure on its laser sight was found unsuitable. While 28 companies had shown interest in the tender in the first stage, the Israeli firm was the only vendor left as in the final phase. The Defence Ministry, when necessary, allows single vendor cases to be pursued, but it usually prefers multi-vendor tenders at the final stage to benefit from competition.

In 2016,the Amy reportedly rejected Defence Research and Development Organisation’s 5.56mm Excalibur rifle. In June 2017, it was reported that the Army for the second time rejected a 7.62 x 51 mm rifle designed by the Ordnance Factory Board for poor quality and ineffective firepower, following extended user trials and would issue a global tender to meet its long-pending requirement for 185,000 rifles.

The Indian bureaucracy’s stranglehold which used to cause inordinate delays in materialisation of urgently needed weapons and equipment for the three Services will hopefully be loosened with the Defence Acquisition Council (DAC), chaired by Defence Minister Nirmala Sitharaman, meeting on 16 January 2018 and simplifying the ‘Make II’ procedure, which prescribes guidelines to be followed to develop and manufacture defence equipment through Indian industry. The DAC also cleared procurement of 72,400 assault rifles and 93,895 carbines on fast-track basis for Rs 3,547 crore to enable the Indian Defence Forces to meet their immediate requirement for the troops deployed on the borders. 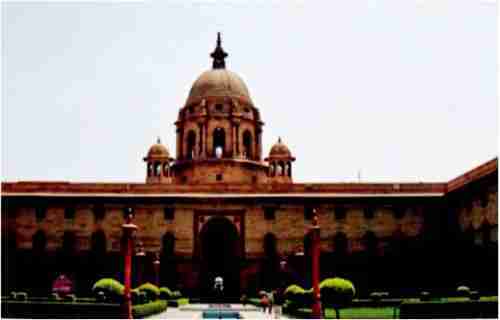 To encourage participation of private sector in defence design and production and to give a boost to ‘Make in India’ programme, the Council has introduced significant changes in the ‘Make II’ category of the Defence Procurement Procedure. Considering that no government funding is involved in ‘Make II’ project, the DAC simplified the procedure to make it industry friendly, with minimal government control. The salient aspects of the revised procedure will now allow Ministry of Defence to accept suo motu proposals from the industry and also allows start-ups to develop equipment for Indian Armed Forces. The minimum qualification criteria to participate in ‘Make II’ projects has also been relaxed by removing conditions related to credit rating and reducing financial net worth criteria.

As per the earlier ‘Make II’ procedure, only two vendors were shortlisted to develop prototype equipment. Now, all vendors meeting the relaxed eligibility criteria will be allowed to participate in the prototype development process. The vendor will not be required to submit Detailed Project Report. After approval of the ‘Make II’ project by the council, all clearances will be accorded at Service HQ (SHQ) level.

To hand-hold industry and start-ups, SHQs will now set up project facilitation teams to act as the primary interface between the SHQ and the industry during the design and development stage. These teams would provide technical inputs, trial infrastructure and other facilities as required by the vendor. Even if a single individual or firm offers innovative solutions, the SHQ will now have the option to accept and process the vendor’s development initiative. SHQs will be allowed to hire domain experts/consultants from private sector to increase outreach and enhance awareness among the industry. Most importantly, once sanctioned, there will be no foreclosure of project, except on default by the vendor, to ensure that the successful vendor has assured orders.