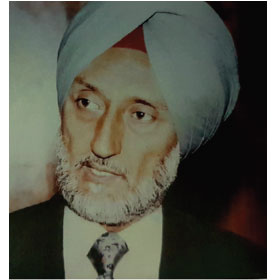 Whenever the People’s Republic of China goes into overdrive to remonstrate with India concerning visits of the Dalai Lama to Ladakh and to Arunachal Pradesh, my mind goes back to 11 November, 1950 when His Holiness The Dalai Lama of Tibet, made the first of his several appeals to arouse the scruples of the world, through the Secretary General of the United Nations Organisation, in the hope that “aggression will not go unchecked and freedom unprotected in any part of the world”. That document marks the watershed in the collective political awakening of the comity of Nations to Tibet’s quest for regaining her legitimate status as a sovereign country in the spirit of the Charter of UNO. However, the world chose to remain sympathetic but mute spectators to Tibet’s hopeless plight faced with deliberate usurpation of their homeland by the Peoples Liberation Army of China, all through the decade of 1950, leaving the Dalai Lama and his people with no choice other than fleeing Tibet to live in India, in exile. The PLA had invaded and entrenched its presence over considerable territory in Eastern Tibet and The Dalai Lama’s appeal of 1950 was a factually profound historical synopsis of Tibet’s past and present. The poignancy of that text resurfaces in the mind every time the Tibetans in Lhasa or elsewhere, protest the loss of sovereignty of their country.

The constraints of geography had made Tibet inaccessible almost up to the last decades of the 19th Century. This had to a large measure also moulded their national psyche of living in “splendid” isolation. The earliest outsiders ever received and in fact invited by the Tibetans themselves were the “gurus” of Buddhism from India, more than 1000 years ago. Of course, a few Jesuit priests had also succeeded in reaching Lhasa in the 18th Century but they failed in proselytising the Tibetans and their narratives of the adventure are disappointingly superficial.

So, to this day, the world hardly knows that before the first Dalai Lama assumed the role of a King-cum-spiritual authority over Tibet in 1642 AD, there had been forty generations of Kings of Tibet. This dynastic line of indigenous rulers presided over Tibet for more than one thousand years.

The peak of consolidation of Tibet as a sovereign State can be said to have occurred in 629 AD, when the 33rd King felt self-assured to demand and solemnise marriage with a Chinese princes. In the prevalent manner of royalty consolidating regional power status in those days, he also took the daughter of the king of Nepal as yet another wife!

During the reign of the 36th King, Tibet’s sovereignty was militarily challenged by China for the first time. But this aggression was met and defeated promptly and carried beyond by capturing sizeable adjacent Chinese territory to create a buffer! And as a mark of sagacity to prevent any future misadventure, the 40th Tibetan King erected a stone pillar on the Tibet–China boundary in 829 AD. On the pillar was chiseled its purpose, the Tibet-China boundary alignment and the date of installation, both in the Chinese and Tibetan official scripts. Two more identical pillars were installed, one on the grounds of the Peking Palace and the third at Lhasa.This whole episode speaks volumes for the unassailable sovereignty of Tibet vis-à-vis the Chinese empire.

Unfortunately, a few decades later, this robust and perhaps the world’s largest lived dynastic line of Kings ended with the 41st King of Tibet, possibly for want of a natural, male heir. So, the next about 500 years witnessed Kingship change hands between two leading houses of Tibetan nobility. And for the first time, foundations of Tibetan sovereignty were strained by internal dissension.

Perhaps this is the time when Tibet came to have three distinct administrative entities: Amdo in the North, Kham in the East and Lhasa, encompassing the rest of territory down to its Southern frontiers with India, Nepal and Bhutan. But, there was no internal challenge to the writ of the King at Lhasa over Amdo and Kham or any external machinations to splinter the country. This was the stage when the first Dalai Lama was by popular consent handed the reins of the King-cum-reincarnating divinity of Tibet. Over a period of time the Dalai Lamas came to command the unqualified allegiance of the entire citizenry of Tibet, perhaps more comprehensively than any Pope has from its entire Christian congregation. Under the circumstances there was little hope for China to subjugate Tibet. So, they conceived a clever subterfuge. Soon after the first Manchu emperor of China consolidated his position, he invited his Tibetan counterpart, the fifth Dalai Lama as his religious mentor. Throughout his journey to and lengthy stay at Peking, the Dalai Lama was accorded the protocol of a sovereign King.

At the time of leave-taking, the Manchu emperor assigned two of his senior officials called Ambans to accompany the Dalai Lama to oversee his comforts during the journey. Why or how the Tibetan officialdom accepted the Ambans pleas to be allowed to remain at Lhasa as their Emperors plenipotentiaries is a mystery. And that was the beginning of the end of Tibet’s sovereignty and the first diabolical stratagem to absorb Tibet in the “mother-land”. Tibet’s self imposed “isolation” was now to prove even more grievous to its sovereignty. They could not perceive the advantage of allying with the British in India as partners in the “Great Game” against China. For that would have neutralised the presence of the noxious Chinese Ambans in Lhasa and perhaps changed the course of Tibet’s present history for all times. But then Tibet simply had to flow with her ordained “Karma”.

But, the British too were past masters at diplomatic intrigue. They cultivated the Chinese and through a bilateral convention in 1893, they obtained trading rights in South Tibet as also to jointly survey and fix boundary pillars on the Indo-Tibet frontier in Sikkim. The Dalai Lama was quick to assert his sovereignty.

No sooner had the Chinese and British representatives left after erecting boundary pillars, that the Tibetans removed and erased all evidence! The British political agent in Gangtok, Claude White, was equally quick in counter-reacting. He went and camped at the site of the northern-most pillar at Kongka La (lately, often in the news as the “Little Finger Area”).

In a riposte, the Tibetan outpost at Khamba Dzong some fifty miles away, had mobilised speedily and surrounded Claude White and his escort by night. At day break, they bodily lifted Claude White, sat him down astride a pony and led him up to the western slopes of Guru-Dongmar Mountain, some 10 km due south which they considered was the traditional boundary!

But Tibet’s Karma was indeed blighted. When Col Sir Francis Younghusband led the Expeditionary Force to Lhasa in 1904, Claude White would witness the hoisting of the Union Jack in the shadow of the Pota La. Far more catastrophic effect was that the ill matched Tibetan troops were so thoroughly mauled and demoralised, that soon thereafter the Chinese Army troops once again intruded and reached the outskirts of Lhasa in 1910. The thirteenth Dalai Lama fled to India from where to negotiate for status quo ante but of little permanent satisfaction. Axiomatically, the fourteenth too met the same fate in 1959.

Individuals may be driven to exile but for a better part of a sovereign Nation as a whole to be deprived of its home and hearth is an unforgivable high treason; or should be so. In the manner that the world had acquiesced with the Jews to carve out Israel, there is little hope that the UNO and the world at large will ever aid the Dalai Lama and his faithfuls to return to Tibet in dignity. Unfazed, the indomitable Dalai Lama battles on sustained by his faith in Buddhism.

INDIA AT 70: ARE WE GOVERNED AS PER THE CONSTITUTION