The Doklam stand-off brought out the reality yet again, that the Sino-Indian border dispute is one of the major deterrents in peaceful co-existence of the two Asian giants. The stand-off reminded everyone the 1962 episode of China’s incursion (may be that was the idea) and raised questions about possibility of China initiating a fresh military conflict in the near or mid-term in support of its territorial claims. The difference between 1962 and 2018 is that India did not use air power then but now it is only air power that will be decisive factor in such kind of conflict. This brief article attempts to do a comparative analysis of IAF and People’s Liberation Army Air Force (PLAAF) and their relative capabilities in the Tibetan Autonomous Region (TAR).

The PLAAF in Tibet

The PLAAF has 14 Air Bases available within the Tibet Autonomous Region (TAR) and Xinjiang, besides another 20 airfields in the region, which can be further upgraded for military activity. While most of these airfields are used by civilian aircraft, Gonggar at Lhasa is the primary operating base for undertaking combat operations in Tibet. However, in a tactical shift over the last few years, the PLAAF has begun developing infrastructure and operating from dual use airfields at Ngari Gunsa, Nyingchi Mainling, Qamdo Bamda, Shigatse and Nagqu Dagring in the Western Theatre Commnad (WTC). Of these, Shigatse is being converted for all weather operations like at Gonggar, followed in the future probably by Ngari Gunsa. Although no frontline PLAAF fighter elements are based there, regular rotation deployments to Tibet are an important part of the training doctrine, with most formations usually coming from the former Chengdu MR. High altitude of these airfields considerably restricts performance of these jets and China is likely to develop additional all-weather strips in the future. With threats from the Indian Air Force in mind, a quick reaction element of J-11A/B or Su-27SKs is always available at the Gonggar air force base at Lhasa.

However, a Google-eye scrutiny of the airfields in the TAR would reveal that while adequate runway lengths have been provided to compensate for the ‘altitude factor’, most airfields have only rudimentary support infrastructure which would make it difficult for the PLAAF to carry out large-scale air operations in a sustained manner in Tibet. The PLAAF aircraft would also be handicapped in terms of payload capabilities while operating from high altitude airfields in Tibet. Also, PLAAF does not have adequate flight-refuelling capabilities, allowing only limited number of aircraft to get airborne with full payload but partial fuel and then refuel in the air to reach distant assigned targets.

The PLAAF Air Defence component in the WTC comprises of two Air Regiments of J-11A/B/BS (98th AR and 111th Brigade) and one mixed Regiment of Su-27SK and J-11Bs (16th AR). By 2020, there will be a minimum of three Operational Readiness Platform (ORP) detachments with at least eight aircraft available all through the year in Tibet, with probably a full-time squadron deployment at Shigatse by 2025.

The IAF in Area Of Responsibility (AOR)

The IAF has over the years developed its air bases all along the Chinese border while carefully and tactically deploying many Su-30 squadrons keeping the geographical location and range in mind. The quick reaction capabilities are often checked in form of scrambling the aircraft from ORPs and much of successful launches were seen during ‘Exercise Gaganshakti’. Upgraded Mirages, Su-30s and all fighters including LCAs proved their worth in designated roles and the performance was assessed positively. Few missions were flown with max loads, many missions had Air to Air Refuelling (AAR) practices and live targeting were witnessed by none other than the Raksha Mantri herself. Other than fighters squadrons, helicopter units and transport bases also have been active in operations in this area. The para drop sorties in far flung areas of NE and Ladakh and landing of advanced transport aircraft of IAF on Advanced Landing Grounds (ALG) has been keeping the confidence and morale up of Indian forces. One must look at the sustaining stamina of ground forces also which can only be possible by active and continuous support by air lift capability of men and material. The same potential was critically examined during Gaganshakti and results were encouraging.

Who Has the Edge

As discussed before about the topography, the Tibetan plateau is rightly referred to as roof of the world, with an air density of 20-30% compared to sea level. The high altitude nature of Chinese airfields in Tibet, along with prevalent extreme climatic conditions seriously restrains the performance of aircraft, which reduces the effective payload capacity and combat radius by an average of 50%. Additionally, the PLAAF’s Su-27/30/ J-11/J-10s face a reduced look-down radar detection capability in the mountainous terrain, leaving the PLAAF’s meaningful early warning capability limited to medium and high altitudes. This is not helped by the five ground based radar regiments deployed in Tibet and South Xinjiang, which face the same detection issues and are unable to cover the entire Indo–China border. Operating from airfields located near sea level elevations in plains, the IAF has no such restrictions and has the capability to effectively undertake deep penetration and air superiority missions in the Tibetan Autonomous Region with full complement of payload and fuel. The IAF Su-30MKIs and Mirage 2000s, along with soon-to-be inducted Dassault Rafales and Tejas have a technology edge over the existing Chinese combat jets deployed in the WTC. Operating under the IAF’s Integrated Air Command & Control System, supported by the Airborne Warning and Control System (AWACS), small groups of Su-30MKI/ Mirage 2000 will be able to counter larger PLAAF forces, confining the Chinese to anchored ground based radar cover around key communication nodes. While the IAF shares Russian supplied weapon heritage with the PLAAF, combat efficacy of home-produced Chinese weapons is yet to be tested in combat.

On the other hand, if China does decide to teach India another ‘lesson’ in Tibet, it would bank heavily on its tremendous infrastructure to mobilise its ground forces and support elements to overwhelm Indian defences. Due to inadequate ground infrastructure on its side, the Indian army would also have to bank heavily on the ‘air’ for maintenance and logistic support. Both the PLAAF and the IAF, having already achieved a certain level of modernisation (although in differing degrees) would try to achieve air dominance/air superiority by conducting DEAD/SEAD (Destruction/ Suppression of Enemy Air Defences) and counter-air operations against each other. The PLA could resort to the use of its superior tactical ballistic/cruise missiles and unmanned drones with conventional warheads in these missions to offset the shortcomings of its air force. However, missiles are handicapped because of their having only a single-shot capability. Therefore, if the IAF improves on its already existing facilities to ensure proper active/passive AD and rehabilitation capabilities at its airfields and radar sites, it could well weather the Chinese onslaught. Alongside, it could use this very shortcoming of the PLAAF to its advantage to achieve air superiority/favourable air situation in the battle zone. Once this is achieved, the IAF could not only remove the danger of PLAAF interfering with ground operations, but also provide much needed close air support to the Indian army to help it ward off numerically larger Chinese ground forces. In this scenario, even a stalemate without loss of territory on either side would be tantamount to a strategic victory for India. 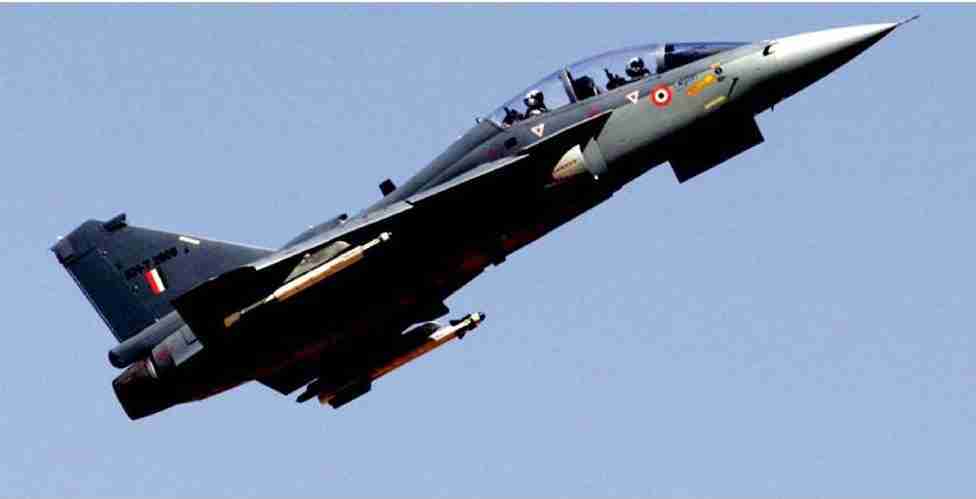 However, under constant leadership of its President Xi, China is on upward graph of modernisation of PLAAF and the balance will tilt towards the Chinese once the stealthy J-20 becomes operational, backed by increased number of AWACS and refuelling types based on the Y-20 platform, which has a good high altitude operational capability. The IAF however is expected to maintain its combat edge in multi mission training at least till 2030, with autonomy of effort, unlike Chinese air crew who are still largely dependent on a ground control AD environment. The IAF focuses much more on experience in air combat and varied weapon delivery, backed by exposure at multinational exercises, to maintain a ‘qualitative’ edge over its foes. Though the Chinese have started training towards combat scenarios associated with newer training modules, including flying under challenging environmental conditions and combat autonomy, the resultant honing of aircrew standards will be only visible after 2030. As Squadron Leader Sameer Joshi (retd) said in his monograph in Vayu magazine, “Terrain, Technology & Training, will assuredly give IAF an edge over the PLAAF in Tibet and southern Xinjiang, counterbalancing numerical superiority of the PLAAF, at least for some years to come”.

The views expressed are personal.

GAME OF THRONES? THE INDIA-CHINA RESET