In December 1965, a young dynamic leader was commissioned as a Second Lieutenant into the Indian Armed Forces. He joined the armoured regiment and learnt how to operate the Vijayanta tank in no time. From that time onwards, he actively participated in regular tank practices and the annual War Games.

In 1971, when Pakistan attacked India, he was one of the brave men who fought for India. Though the army successfully decimated Pakistani armies and made us all proud, it all came at a cost. They lost many companions. Some lost limbs. And some had damaged hearing for the rest of their lives. The young officer who was commissioned in 1965 was one of them.

He was my late grandfather, who later retired as Maj Gen Arun Kumar Pathak. His exposure to tanks continued for many years even after the 1971 war. Because of the constant exposure to high decibel noises from tank movement and in-tank firing, there were many frequencies that he could not hear eventually. Some doorbells, certain white noise. The whistling of the winds during a wind storm. Some mobile phone ring tones. Sometimes, when we called out to him from right behind him, he wouldn’t hear us! He took it all with a soft smile.

Sounds under 70dB are not harmful to the human ear. They can at most be annoying. However, sounds over 90dB can lead to pain and even NIHL (noise-induced hearing loss). The normal noise range of tank fire extends from 150dB to 180 dB. Imagine tens of tanks going off together one after the other, for hours…And days. Officers and jawans are subjected to such loud sounds, not just during wartime but also during training and war games. It causes irreversible damage to the hearing. Even today, our men in uniform are not provided with effective protective gear to safeguard their hearing. In fact, it not even demand and is not even in the discussion. 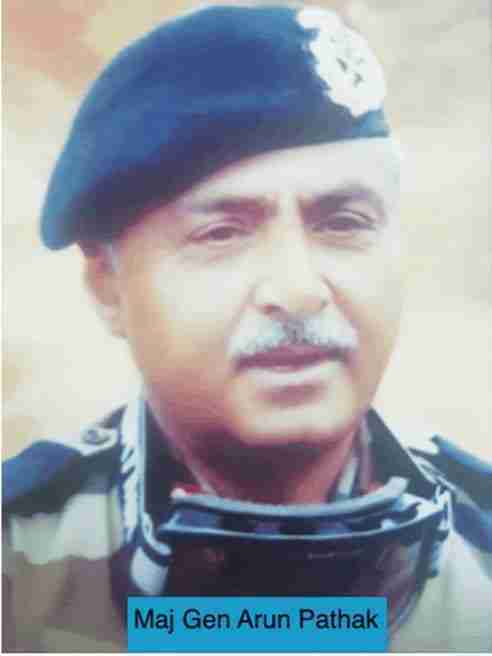 So just like it happened with my grandfather, we can expect many brave, selfless and patriotic soldiers to lead the latter part of their lives unable to hear the many frequencies that are an integral part of our lives…and then eventually lose their hearing altogether.

They too will take it with a smile as they are big-hearted and feel it’s a small price to pay for their country. But it is not a small price and we all owe them. We owe them forever.

Arjun Pathak is a student of Class 7 in Navrachana International School, Gujarat. He wrote this story as an assignment on “Case study on Effect of Loud Sounds on Human Hearing”. It is a simple story, told with great poignancy and is published without editing

A MONUMENT FOR NATIONAL PRIDE

INDIA GETS A CHIEF OF DEFENCE STAFF (CDS): THE IMPLICATIONS

WAR BY OTHER MEANS

AN ENCOUNTER WITH TERRORISTS IN A CLOSE COMBAT:...

DAULAT BEG OLDIE : WHOSE PERFIDY IS...