The European Aviation Safety Agency (EASA) has recently issued a warning to all national aviation authorities and aircraft operators of enhanced risk to safety of civil aircraft on account of the possibility attack by terrorists while flying over Pakistan. This warning has been issued at the behest of the civil aviation regulator of France, the DGAC, that has made it mandatory for French aircraft operators not to fly below an altitude of 24,000 ft when operating through airspace over Pakistan. Indian and South East Asian airlines flying to and from Europe routinely overfly Pakistan. Danger to civil aircraft these days emanate from Man-portable Shoulder-Fired Missiles (SFM) now easily available to terrorists. These constitute a serious threat to airlinersthat are lucrative and easy targets. Downing of a passenger aircraft with heavy loss of life, creates tremendous psychological impact on the traveling public, is debilitating for the airline industry and confronts the nation owing the aircraft with a serious dilemma.

At the civil airports in India, the level of security has been enhanced considerably in the last few years at enormous cost to prevent access to terrorists. However, a terrorist armed with SFM, operating outside the airfield perimeter, can easily target an aircraft that has taken off or is approaching to land. At these times, an airliner is well within the range of SFMs and presents an easy target. A UN report states that the world over, there are more than 500,000 SFMs that are popularly known as Man Portable Air Defence Systems (MANPADS). A large proportion of these is held by terrorists. Since 1979, there have been seven confirmed instances of airliners falling victim to SFMs.

In the period 2003-2004, the Department of Homeland Security of the US decided to equip the 7000 plus fleet of civilian airliners with suitable equipment to provide protection against SFM threat. Two companies were identified and tasked to independently carry out Research and Development to design such a system. Currently, all airliners of El Al, the national airlines of Israel, are equipped with a system for protection against SFM. Singapore Airlines has also evinced interest in such a protection system. Other airlines that operate over terrorist affected areas in Africa, the Middle East, Europe and Asia, are also evaluating this concept seriously.

An aircraft is most vulnerable to ground fire while approaching to land or after takeoff, when it is close to the ground, is flying at low speed, not manoeuvring and is presenting a large target. The danger zone is roughly up to about 15 km from the end of the runway, up to an altitude of 5000 ft and in a cone of plus or minus 30 degrees. A terrorist present anywhere in this zone armed with SFM, can easily target an aircraft transiting through this area. Many airfields in India and abroad where Indian aircraft operate, are very much vulnerable to such terrorist attacks. It will be an expensive affair to secure such large areas outside all the airfields. While own airfields can be secured to some extent, airfields outside India may continue to remain threatened. A more pragmatic solution would be to equip all airliners with a systems that would provide protection against such SFM threat. No weapons will be required on board the aircraft and the system will only deflect the incoming missile away from the aircraft.

While systems to warn against an air-to-air missile attack are employed on military aircraft, the problem is more complex for both civil and military aircraft in the case of attack by SFM. In this case, the sensor of the warning device would be required to scan the surface of the Earth below the aircraft and ought to be able to distinguish the oncoming SFM from ground clutter. Some firms have developed Ultra Violet (UV) band sensors to detect the missile exhaust plume. Some other firms state that frequency spectrum study of the exhaust plume of MANPADS and taking into account the atmospheric absorption, Infra Red (IR) band is most appropriate to detect an incoming SFM. UV and IR sensors have their positive and negative points. The US Navy and the US Air Force have a test range at White Sands, where they carry out live test of airborne sensors against plumes of different types of MANPADS obtained from different countries. The tests are repeated several times. 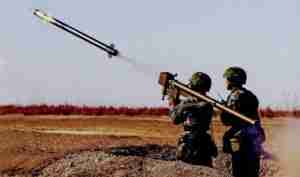 It is also possible to detect an SFM by radar return; but the missile being of small size and at close range, this system has not been found to be effective. Pulse Doppler Radar is useful to detect radar return against heavy ground clutter, when the sensor is pointing towards the ground. Multiple sensors have to be used to look in different directions and rapid scan capability is a must as time of flight of the missile is short. As a terrorist may not exactly be positioned in line with the runway, can successfully conceal himself and may be immune to visual observation, the sensors would need to scan 360 degrees. The system is vulnerable to false alarms as it can be confused by other heat sources like active chimneys, vehicles, blazing fire on the ground etc.

The terrorist aims at an aircraft and fires the missile, an operation that is relatively simple and requires no specialised training. After launch, the missile takes few seconds to stabilise, build up speed and the heat-seeking homing device of the missile locks on to the aircraft exhaust. This takes few seconds and thereafter, the missile moves at supersonic speed. The distance and height involved for the missile to travel towards the aircraft is small and time to travel is of the order of 10 to 20 seconds only thus restricting the time available for automatic countermeasure. The protective system must respond within this time frame to prevent the incoming missile impacting the aircraft.

Passive countermeasures includes dispensing of chaff ie aluminum foil or flares to disrupt the guidance system of the missile, deflecting it away from the aircraft. Active countermeasures involves firing of high-power solid-state laser beam towards the incoming missile. It is of course expensive and such high power solid-state lasers are available from few sources only.

Since the time available is limited, the operation of the defensive system is required to be a totally automated. The crew of the airliner however, would become aware of the incoming missile and that it has been deflected. The pilot would not be required to evasive manoeuvres that could endanger the aircraft if carried out while flying at low speed and low altitude during approach for landing or after takeoff.

It has been estimated that the cost of fitment of an anti-SFM system on a civil airliner would be lower than that for a combat aircraft. The figure is pegged at $1.125 million. Over a complete life cycle of the aircraft, based on average load factor achieved, the cost per passenger is computed to be a mere 25 cents per ticket, hardly a burden of consequence for the passenger. This can be reduced even further for the air passenger traveling by Indian carriers through increase in the indigenous content of the protection system. An airliner is equipped with a variety of safety equipment such as Mae West life jackets, emergency chute, firefighting equipment etc. Most of these may remain unused during the life cycle of the aircraft and yet passengers bear the cost of all this equipment through the price of the air ticket. The system to provide protection for an airliner against threat from SFM is another piece of safety equipment. Passenger will feel secure with the knowledge that the airliner is immune to SFM launched by terrorists on the ground. 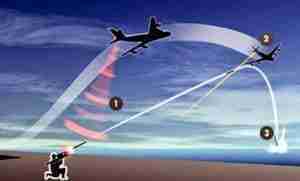 For military aircraft, Defence Public Sector Undertakings (DPSUs) such as Bharat Electronics Limited and Defence R&D laboratories such as Defence Application Research Establishment (DARE) and testing establishment like Aircraft Systems Testing Establishment (ASTE) are addressing this threat, against stringent avionics specifications for size, weight, power consumption, structural design, space constraints, shock, vibration, “g” specs, system configuration etc. Aircraft of the IAF used for VIP travel and those operated by the Border Security Force (BSF), are equipped defensive systems provided by the Original Equipment Manufacturers at the time these aircraft are procured. For civilian aircraft, the National Physical Laboratory (NPL), Instrument Research and Development Laboratory (IRDE) have been working on electro optic devices and systems for defence against SFM threat. However, as yet success in the indigenous effort is not yet visible. While the hardware items like sensors, laser jammers etc of the avionics grade with the reliability called for, may not be possible indigenously in the near future, the Indian R&D establishment could focus on software for integration of sensor inputs, real time signal processing, avoidance of false alarm and giving required direction input to the jammer. Also, aircraft installation, design and actual field installation can be easily handled indigenously. This will also help bring in cost reduction of up to about 25 to 30 per cent at the very least.

Conclusion and Recommendations There is no doubt that in the prevailing environment of increasing global terrorism, a civil passenger aircraft is becoming increasingly vulnerable being targeted by SFM-armed terrorists from abroad or even from Indian terror modules. Countries like USA, Israel and others are alive to this threat to civil passenger aircraft from terrorists and are equipping their passenger carriers with suitable avionics equipment that are classified not as “Weapon Systems but as Electronic Countermeasure”. There is undoubtedly the need to cater for such protection system for the Indian carriers.

While regulatory issues can be addressed at the appropriate time, the proposal needs to be examined jointly by the Ministry of Civil Aviation, the Directorate General of Civil Aviation, the National Aeronautical Laboratory (NAL) and any other related organisations. A specific R&D project for this important safety feature for civil aircraft should be initiated without delay at NAL which is a prime civil national laboratory. Assistance can be sought from firms that have hands-on experience in such systems that are operational.

AVM P. Govindarajan has served as Indian representative in technical forum of International Telecommunication Union (ITU). Post retirement, he has served in multinational computer and VSAT satcom companies. He has also served in Central Research Laboratory, the R&D unit of Bharat Electronics Ltd.

LET THE ARMED FORCES DO THEIR JOB