POLITICAL MUDSLINGING OVER THE RAFALE DEAL

Much has been spoken about the Rafale deal, mostly by those who have little knowledge of the subject as also by those who have an axe to grind against the government. Writing in the Hindu (18 January), its former editor and present chairman, N. Ram wrote a scathing piece against the deal, claiming that the government paid much more than what was warranted for the fighter aircraft. In what was claimed as an ‘Exclusive,’ Ram said that Modi’s decision to buy 36 Rafales shot the price of each jet up by 41%. Here, N Ram took the work of journalists Manu Pubby and Sushant Sareen and of defence analyst Abhijit Iyer Mitra and passed it off as his own. This was unethical and smacked of plagiarism but worse, what was presented was a skewed version of what Manu Pubby had earlier written.

The pricing of the Rafale included development costs for certain India specific enhancements. These costs amounted to €1.3 billion. Development costs were not dependent on the number of aircraft purchased, as it was a non recurring expenditure. This cost would have been incurred if India had bought only one aircraft, and the same amount would have been incurred if India had bought 1000 aircraft. Obviously, the more the number of aircraft purchased, the lesser would be the development cost per aircraft and vice versa. But Ram chose to be economical with the truth. He simply did a mathematical count of the cost of development for the India specific enhancements and divided it by the number of aircraft (126) which the earlier government had planned to procure. This figure came to €10.3 million per aircraft. Then he did a similar division for the 36 Rafales which the NDA government concluded with Dassault, which came to €36.1 million and made the charge that the NDA had paid €25.8 more per aircraft, making a total excess payment of €928.8 million (approx. Rs 7,500 crore) for the 36 Rafale aircraft.

This logic is skewed. By this logic, if India had gone in for the purchase and/or manufacture of 500 fighters, the development of India specific enhancements would have become just €2.6 million per aircraft. Would it then have been said that the deal was cheaper by €7.7 million per aircraft, resulting in a saving of €3850 million (approx. Rs 31,000 crore)! Highly unlikely! In any case, there is no financial impropriety involved, so the charges being levelled by certain political parties appear to be motivated and driven by the hope of making political capital out of the same. More sinisterly, it could also be the handiwork of foreign agencies who failed to get the deal.

Commenting on the above deal, another journalist, Srinath Raghavan, while acknowledging the above, has called the deal a case of “extraordinary ineptitude (which) can only be explained by the circumvention of laid down procedures”. He goes on to say that the prime minister evidently took the decision to scrap the old tender and purchased 36 Rafales without consulting the Air Force or the ministry of defence (HT, 23 January 2019). Raghavan further says that the government did not follow the laid down Defence Procurement Procedure (DPP) and that due process was not followed. He then comments on the style of decision making, comparing it to that of the decision taken on demonetisation. As per Raghavan, “In both cases, an excessively centralised and secretive approach coupled with a limited grasp of technical issues, disdain for expertise and a penchant for public positioning led to grievous outcomes”. Then he moralises, saying, “The consequences of the decision are plain. The Air Force has to make do with far fewer aircraft than it needs. A Request for Proposals for another 110 aircraft has been put out last year and the process is likely to go on for some years. Further, in the absence of any technology transfer, India has not only lost access to crucial technology but also the opportunity to acquire manufacturing skills. This will have long-term repercussions for our defence industrial base. The parsimony and incompetence of the Modi government have dealt a deep blow to India’s military modernisation. Future historians are likely to judge this episode in the words of Joseph Fouché: It was worse than a crime—it was a blunder”.

Much if not all of what Raghavan said is bluster. Here is a professor of International Relations and History at Ashoka University, pontificating on a subject of which he knows little and making absurd comparisons to suit his agenda. First, in any G2G deal, the pricing is political and the quantum irrelevant. So, when the NDA government signed the deal with the French government, it was not merely a business deal but a strategic one. In any case, for all defence analysts who have dealt with the subject of high ticket defence purchases, the Rafale contract is assessed by them as being one of the best, where the IAF got a free hand and there was minimum scope for greasing of palms. Because the deal catered for life time support for the equipment, it gave no leverage to the bureaucrats in the ministry of defence and in defence/finance to give piecemeal approval over the years for support and maintenance at exorbitant cost—where possibility of corruption was high. 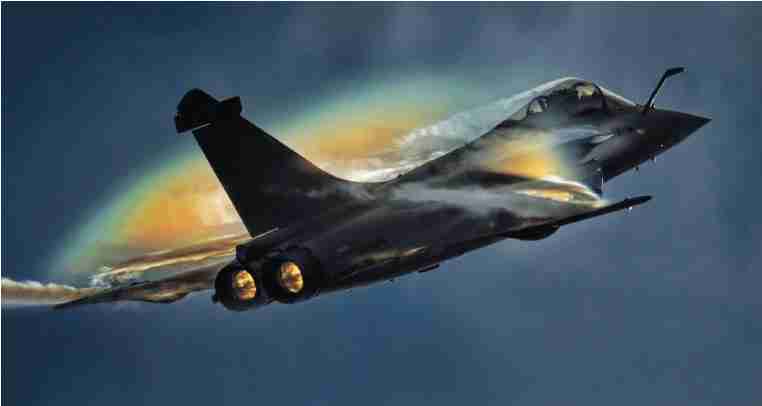 Raghavan also pontificates that the government’s decision has held back India’s military modernisation. That is far fetched. The charge of holding back the military modernisation drive squarely rests on the shoulders of the previous UPA government which did not allow the contract to go through, when all aspects had been vetted and approved. The UPA era contract was for 18 fighters to be purchased in a flyaway condition and 108 fighters to be manufactured by HAL. When the deal was near finalisation, the then defence minister, Mr Antony scuttled it by writing on file that Dassault must stand guarantee for all the fighter aircraft which HAL would manufacture. This was as absurd as it could get and rightly, the French backed off. Why Antony mandated such terms is a matter of conjecture, but it was this action that degraded India’s defence capability. To have got the deal back on track, albeit by buying 36 fighters off the shelf has enhanced India’s defence capability and not diminished it.

What is also being missed out by most analysts is that any future purchase of Rafale fighters or their manufacture in India will be with reduced costs as the India specific development enhancements have already been paid— and this was a non-recurring cost. In any case, by simply buying 36 fighters off the shelf, there is no bar on future purchases or of future manufacture in India.

The political mudslinging will continue because the opposition is mired in corruption charges from its previous stints in government and seeks to paint the present dispensation with the same brush. That aside, the main spoilers in India’s quest for self sufficiency in defence production remain the bureaucrats in the ministry of defence who continue to function with full authority but with no accountability. Projects continue to get delayed and mutilated by them, and unless drastic reforms are carried out in the MoD, little hope exists of any improvement in the situation.

It is time that the motives of those questioning the deal are called into account. It is well known that leaders from certain political parties have met politicians from both Pakistan and China and it is but hoped that these meetings were routine ones and not used to sell the country short. Also, in major defence deals, the losing bidder always cries foul and attempts to sabotage the deal. This must not be permitted. But most importantly, we need to question the dismal state of the aeronautical sector in India. If ISRO can perform to world class standards, then what ails HAL and other public sector institutions? It is time that the aeronautical sector be considered as a strategic sector and placed directly under the charge of the PMO, on the lines of ISRO. Major restructuring is also required in the MoD, and unless that is done, and accountability imposed on the babus in defence and finance, there will be little to cheer about in matters related to indigenous defence production.