INSIGHT TO THE DOKLAM STAND OFF 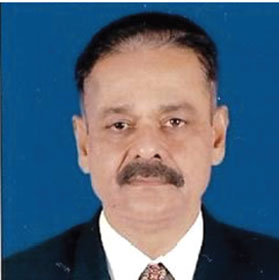 At the end, much maturity has prevailed in the Chinese Foreign Office and the PLA, who ultimately understood the principled Indian stand in Doklam. By now Doklam is a household word in the country. Rightly, both the armies have pulled back to status quo which prevailed before the confrontation began. Let us take an insight.

Doklam is located on the Tibet Bhutan India tri-junction but it is border between Tibet (gobbled up by China) and Bhutan. However, Bhutan has always maintained that it was Bhutanese territory before Tibet was occupied by China and therefore, the status of ownership cannot change. China does not accept this argument and has had many rounds of discussion. The trijunction is very close to the narrow landmass of India which is the only land connectivity with the northeastern states. The area is popularly known as ‘Chicken’s Neck’ or the ‘Siliguri Corridor’. It is in this context that it has strategic implication for India. Therefore, any agreement between Bhutan and China on Doklam plateau will have to take Indian concerns onboard. Bhutan and China have an agreement by which both countries are required to maintain status quo till a final agreement is reached. By attempting to extend the existing road elsewhere on the border into the Chumbi Valley tri-junction, China has violated the agreement and attempted to unilaterally change the status quo. Bhutan objected, and India, which has an agreement with Bhutan to provide support to Bhutan in matters of foreign and defence policies, intervened on Bhutan’s behalf, with the Indian Army moving into this narrow piece of land and preventing the Chinese from extending the road.

In the past few years China has been falsely emboldened in the South China Sea Island grab incidents. The countries in the littorals of SCS are economically and militarily much weaker than China and therefore they succumbed to Chinese coercion. When the Philippines brought the matter to PCA of the International Court of Justice, the judgment was in consonance with the UNCLOS. Chinese manufactured historical claim was summarily rejected. Unfortunately, the newly elected President of Philippines visited Beijing and succumbed to Chinese pressure. To the utter dismay of the world, he offered to maintain status quo on the issue of these islands. This has emboldened China even further and given her a false sense of military superiority in the world.

Chinese overconfidence possibly made them to attempt coerce India, a country, which is a big challenge for PLAN in the Indian Ocean. The Chinese underestimated Indian resolve and were also surprised to find the Army’s response in Doklam. China was probably also attempting to create a wedge between India and Bhutan by showcasing its military superiority to the latter. The Chinese media and the foreign office made number of statements which were undiplomatic to say the least. To the contrary, India, particularly the MEA and the Military, maintained dignified posture and used civilised statecraft.

Chinese CPC leader Xi Ping, who is headed to chair BRICS summit on 3-5 September and later has CPC delegates Congress to nominate 5 members to the all-powerful Politburo Standing Committee, would have realised the relevance of Indian NSA, Mr Ajit Doval’s sound advice that both sides must pull back to original positions. Also, Doval was aware that our military has the capability to hold firm. It is possible that this was conveyed to Beijing by Mr Doval and also by the Indian Ambassador in Beijing Mr Vijay Gokhale, during BRICS NSAs meeting in Beijing. Consequently, the agreement between two countries on restoring status quo is a sign of maturity of both the big powers.

What lessons can be drawn from this long stand off? Both India and China are big and matured powers in Asia. Indian establishment has the ability to enforce national and international agreements and cannot be coerced either economically or militarily. Indian Foreign Minister Smt Sushma Swaraj’s assertion in the parliament that business with China is an important aspect of growth of Indian economy. India and Bhutan are friendly neighbours. Bhutan’s age old trust on India has been reestablished. This is certainly not the last incursion by China but the incident has sent a clear message that India cannot be pushed around. We must avoid unnecessary display of bravado. Both India and China should deliberate new methods to handle border issues in this ‘New Normal’. Also, with Chinese dependence on the Indian Ocean for trade, it would be naïve of China to assume that her voyage through Indian Ocean is going to be through calm seas in future.