The Ministry of Defence (MoD) has released the new Draft Defence Production Policy 2018 (DProP 2018), focused on self reliance and aimed at changing the ignominious Indian tag of being the largest importer of arms in the world. It is hoped that through this initiative, India becomes a global leader in defence production. Comments on the draft policy have been invited subsequent to which the policy will be finalised and issue in April 2018. DproP 2018 aims to increase indigenisation of defence production and also look into export of weapons and equipment to other countries. It is aimed at revitalising the Aerospace and Defence industry and reducing imports. The target set is to domestically design and manufacture fighter aircraft, medium lift and utility helicopters, warships, missile systems, surveillance systems, arms & explosives by 2025. In the process, it will achieve it hopes to achieve a turnover of Rs 1,70,000 crore and create employment for over 30 lakh people.

DProP 2018 also aims to open competition in the industry by opening the sector to private players. It seeks greater interaction between the private and public sector and synergising their strengths. It also seeks to make it easier to do business and calls for increased participation of MSMEs, start-ups and other players from the private sector in the defence industry. Greater stress on R&D is expected to catapult India to a hub for defence related Intellectual Property (IP).

Much would however depend on how the policy is executed. The Defence Public sector and India’s bureaucracy is reluctant to reform, so the Raksha Mantri has a challenge on her hands in reforming the system.

DEFEXPO INDIA 2018 will be held in Chennai from 11 to 14 April 2018. As per the MoD press release of 4 March 2018, the DefExpo 2018 will, for the first time, project India’s Defence manufacturing capabilities to the world. This is reflected in the tagline for the Expo, ‘India: The Emerging Defence Manufacturing Hub’. DefExpo 2018 will brand India as an exporter of several defence systems and components for all three Services—Army, Navy and Air Force. While showcasing strengths of India’s substantial public sector, it will also uncover India’s growing private industry and spreading MSME base for components and sub -systems. MSMEs have reportedly been offered 50 percent concessional rates, to make it easier for them to participate in the Expo.

DefExpo 2018 will present Hindustan Aeronautics Ltd’s various flying platforms including domestically designed and manufactured fourth-generation Light Combat Aircraft (LCA) – Tejas; Advanced Light Helicopter – Dhruv, both of which have civil as well as combat variants; Light Combat Helicopter for which IOC was received recently; Dornier civilian aircraft for which DGCA clearance was received and which is likely to be inducted for regional connectivity purposes. Apart from HAL’s platforms, the Expo will also promote domestic private industry and aero-components industry.

In the Expo, India will present its Naval designing capabilities in shipbuilding as one of the few countries of the world which is capable of designing a naval vessel from scratch to finish. While several frigates, corvettes and other ships, will be positioned along the shoreline for maximum visibility, India’s progress of manufacturing the Scorpene class submarine will be unveiled. Naval shipyards in public sector including Mazagon Docks, (GRSE), Goa Shipyards, Hindustan Shipyard and private shipyards will bring to view their capabilities in manufacturing and servicing ships.

Under land systems, India will reveal the 155mm artillery gun ‘Dhanush’ and the 155mm Advanced Towed Artillery Gun (ATAG), for the first time designed and developed by DRDO in partnership with Kalyani Group, Tata Power and OFBs.India’s significant missile and rocket manufacturing capabilities, including BrahMos surface-to-air, air-to -air and sea-to-air missiles, Akash Missile system and Pinaka rockets are expected to be a major attraction. India’s Goa Shipyard has delivered the second of two 2500 tonne Advanced Offshore Patrol Vessels (AOPVs) to the Sri Lankan Navy on 23 March. The keel for the vessel was laid in May 2015 and the vessel was launched in May 2017. The first AOPV of the series, Sri Lanka Navy ship Sayurala, was delivered in July 2017. This is the largest state-of–the-art ship in the Sri Lanka Naval fleet, which will help meet the increasing requirement of the Sri Lankan Navy for undertaking policing and patrolling of its vast exclusive economic zone (EEZ). Efforts of Professor Shantanu Bhowmik, head of Research and Projects at School of Engineering, and Professor at the Department of Aerospace Engineering at School of Engineering, Amrita University, Coimbatore in manufacturing a bullet proof vest for soldiers have finally come to fruition with the Indian Army placing orders for the BPJs which will shortly be delivered to equip the Force. The empowered committee of the Ministry of Defence had given its approval to the above BPJ in June last year, subsequent to which Bhowmick joined hands with the DRDO and the MoD to design the jacket that will be the first in 70 years to be manufactured in India. Made from indigenous ultra modern lightweight thermoplastic technology, the production of the BPJ will be a part of Prime Minister Narendra Modi’s ‘Make in India’ project. At present, jackets used by the military and Central Armed Police Forces are being imported from the US. The Indian BPJ will come at one-third the cost and is expected to be far lighter than the BPJs currently in use.

According to global market intelligence and advisory firm BIS Research, India is one of the fastest-growing markets for unmanned aerial vehicles (UAVs), and one of the top UAV importers for military purposes worldwide. By 20121, The Indian UAV market will reach USD 885.7 million, while the global market size will touch USD 21.47 billion. Customer-focused innovation in UAV technology and the rise in demand for UAVs for surveillance, civil, and commercial applications from global markets will drive this growth. For India, consistent growth in both military and commercial applications has been projected and the commercial market is expected to supersede the military market by 2021. Indian companies such as AUS, IdeaForge, and Quidich are either already manufacturing or operating UAVs for customers. 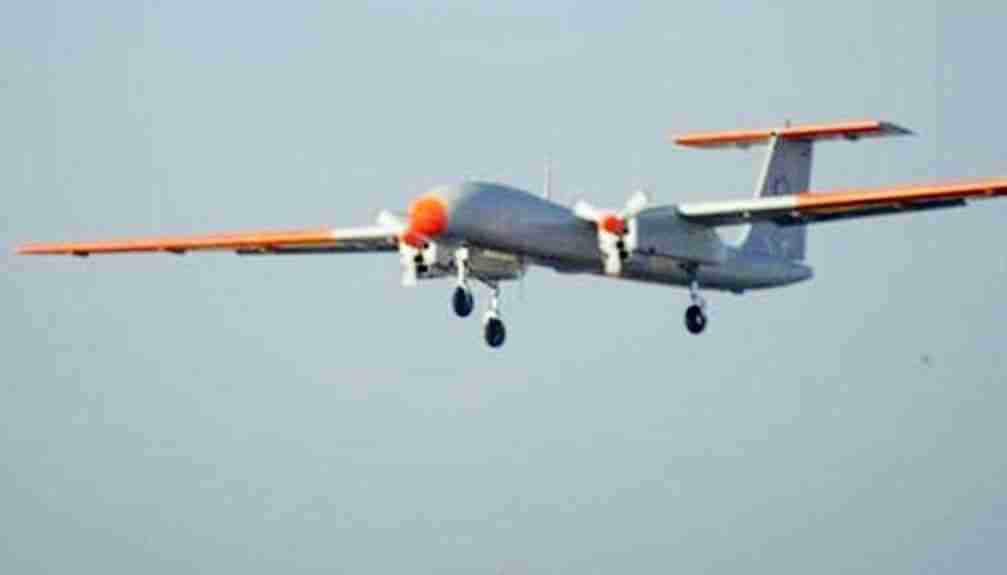 China has sold Pakistan a powerful tracking system in an unprecedented deal that could speed up the Pakistani military’s development of multi-warhead missiles. Evidence that China is supporting Pakistan’s rapidly developing missile programme comes two months after India tested its most advanced nuclear-ready intercontinental ballistic missile (ICBM) with a range long enough to hit Beijing or Shanghai. According to China’s Academy of Sciences (CAS), it appears that the Chinese have come to the aid of Pakistan, with China selling a sophisticated missile defense system to Pakistan which is considerably superior to its “home-made missile systems,” that could speed up the development of multi-warhead missiles. A statement on the CAS website said China was the first country to export such sensitive equipment to Pakistan. The device records high-resolution images of a missile’s departure from its launcher, stage separation, tail flame and, after the missile re-enters atmosphere, the trajectory of the warheads it releases.

In January 2017, Pakistan claimed to have successfully test-fired a missile capable of delivering multiple warheads known as MIRVs(multiple independently targetable re-entry vehicle). The Ababeel missile as it was named by Pakistan, purportedly was tested to ensure survivability of Pakistan’s ballistic missiles in the growing regional Ballistic Missile Defence (BMD) environment and was to be the Pakistani answer to India’s BrahMos missile. Western military experts however believe that it will take much more time before the Ababeel missile is ready for use in battle. It is thought to be still at an early stage of development, with plenty of room for improvement. Now, with Pakistan getting a highly sophisticated, large-scale optical tracking and measurement system from China, its capability in anti-missile defence gets enhanced. US AND INDIAN NAVIES TRAIN TOGETHER

Joint training was carried out between the US and Indian Navies when units of the Theodore Roosevelt Carrier Strike Group sailed in formation with the Indian Navy Talwar-class frigate INS Tarkash (F50), on 25 March. The ships from the US Carrier Strike Group which took part were the Arleigh Burke-class guided-missile destroyer USS Preble (DDG 88), along with the aircraft carrier USS Theodore Roosevelt (CVN 71) and guided-missile destroyers USS Halsey (DDG 97) and USS Sampson (DDG 102). The event was a naval greeting and training exercise between partner nations as Theodore Roosevelt Carrier Strike Group (TRCSG) transitions from fighting ISIS while in the Arabian Gulf to operations in the U.S. 7th Fleet area of operations such as counter-piracy, freedom of navigation operations and training.

Warfare commanders from the U.S. Navy ships and the Indian Navy ship practiced working together and strengthened their crews’ ship handling. Exercises included drills in communications and navigating in several close formations. Additionally, 10 Indian Sailors toured spaces aboard Preble such as combat information center, central control station, and the bridge while 10 Preble Sailors visited Tarkash. After a formal gift exchange between leadership and friendly conversation, Sailors returned to their ships on a rigid-hull inflatable boat to conclude the exercise.

In a recent conference held in Hyderabad on Advances in Control & Optimisation of Dynamical Systems (ACODS 2018), Mr S. Christopher, Chairman, Defence Research & Development Organisation (DRDO) said that India’s home-grown Light Combat Aircraft (LCA) Tejas, has emerged among the best in class aircraft, providing flight stability even under extreme unstable conditions and that this has been achieved thorough indigenous technology and developments. In addition, Tejas has rules-based Artificial Intelligence incorporated into its Flight Control System (FCS), which provides the pilot ‘carefree handling’. However, he added that flight limits cannot be exceeded, which at lower speeds on aircraft such as the MiG-23/27 or Jaguar, results in the loss of the aircraft. Pilots therefore continue to face challenges in controlling its longitudinally unstable airframe, which escalates rapidly any disturbance of even a small magnitude. R&D has now been taken up in the AI field to add more features and capabilities to the aircraft.

Comments on the LCA by Gp Capt TP Srivastava make interesting reading and are reproduced below: It is hoped that the concerns given below will be addressed.

It is a mere coincidence that my association with LCA programme has been since its inception. The year was 1987. I was then a Flt Cdr in the first MiG-29 Sqn of IAF at Pune. Aeronautical Development Agency (ADA) was in the process of writing the ‘Project Definition’ of LCA. I had access to the original Project Definition of LCA, finalised sometimes in 1989. At that time, India’s technological prowess was as under:

In short, we had the desire to produce a light weight world class fighter with no indigenous technology. Liaison- Co-operation-Agreement (LCA!) was thus born to keep the Indian Aeronautical Behemoth, the HAL alive at the expense of tax payers money with no accountability. Notwithstanding the orders placed for 83 aeroplanes, I do not see an operational Tejas IAF Squadron before 2025, if at all. Current Tejas has no operational capability, as on date. As a ten year old, I had the proud privilege of being amongst the audience, who witnessed the maiden HF-24 flight on 24 June 1961; I still live by my dream to see a Tejas fire in anger. Sadly I do not think it will happen in my life time. Tejas platform is all set to be used as a Drone and not the manned fighter aircraft we so desperately need. Offers of Gripens, F-18s, F-35s and the obsolescent F-16s will only ensure that the manned fighter programme will be buried forever.