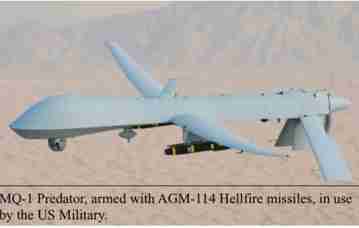 The Trump administration has approved the sale of armed drones to India and has offered integrated air and missile defence systems aimed at helping the country boost its military capabilities and protect shared security interests in the strategically important Indo-Pacific region.

The approval-cum-offer from the US came in the aftermath of the February 14 Pulwama terrorist attack in which 40 Indian soldiers were killed. Another reason is the increasing militarisation and assertiveness of China in the Indo-Pacific region. Some US officials have stated that the Trump administration is ready to offer its best defence technologies to India. “The United States approved the sale of the armed drones to India. We have offered integrated air and missile defence technology to India,” a senior White House official told news agency Press Trust of India (PTI). When the sale will take place is yet to be determined. 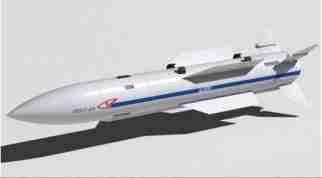 User trials of extended-range, Russian-made air-to-air missiles were carried out by the Indian Air Force in June. On 19 June, the IAF test fired the air-to-air missile from a Sukhoi-30 MKI combat aircraft where the designated target, a UK-made Banshee drone was destroyed off the coast of Odisha.The Sukhoi fighters had taken off from the Kalaikunda air base in West Bengal and engaged the target with the beyond-visual-range air-to-air missile over a number of sorties. Reportedly, the missiles tested were the RVV-MD short-range missiles, RVV-SD medium-range missiles, and RVV-BD beyond visual range missiles—the next generation of Vympel’s air-to-air missiles. Vympel is the manufacturer of the R-73 air-to-air missile, which was used by Wing Commander Abhinandan Varthaman to shoot down a Pakistan Air Force F-16 on 27 February. The RVV-BD missile weighs 500-kg and features a 60-kg warhead. During the endgame, it is capable of 8g manoeuvring, flying at Mach 6. The RVV-MD is ab export version of the R-74, which has increased anti-jamming protection, including optical jamming. 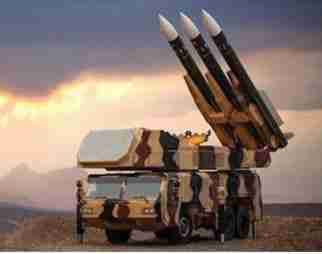 On 20 June, Iran used its ‘3rd Khordad’ system to destroy a US military drone, which it claimed had intruded into its air space. Iran has well developed indigenous defence capabilities which include precision ballistic missiles, rockets, drones, submarines, limpet mines and cruise missiles. The Iranian Raad (3rd Khordad) air defence system, which was used to destroy the intruding US drone is supposed to replicate the S-300’s capabilities. The S-300 is a series of initially Soviet and later Russian long range surface-to-air missile systems produced by NPO Almaz, based on the initial S-300P version. The S-300 system was developed to defend against aircraft and cruise missiles for the Soviet Air Defence Forces.

On 7 March 2019, India signed a USD 3 billion contract for the lease of an Akula-1 class nuclear-powered attack submarine from Russia for a period of 10 years. The submarine is likely to be delivered by 2025 and will be named Chakra III. At present, the Indian Navy operates two nuclear powered submarines—The INS Arihant, which was built indigenously and the INS Chakra II, which has been leased from Russia.

In 1988, the Indian Navy leased for three years a nuclear-powered cruise missile submarine rom Russia that was named INS Chakra. In 2012, a second submarine—INS Chakra II was taken on lease from Russia for a period of ten years. INS Chakra II is presently in service with the Eastern Naval Command. Discussions are on between India and Russia for an extension of the lease of this submarine to 2027.

INS Arihant (SSBN 80) (Sanskrit for “Slayer of Enemies”) is the lead ship of India’s Arihant class of nuclear-powered ballistic missile submarines and has been built indigenously under the Advanced Technology Vessel (ATV) project at the Ship Building Centre (SBC), Visakhapatnam. It was launched on 26 July 2009 by the then Prime Minister, Shri Manmohan Singh. In 2013, the submarines atomic reactor was activated and thereafter, after extensive trials it was inducted into the Indian Navy in 2016. On 4 November 2018, Prime Minister Modi announced that INS Arihant had completed her first deterrence patrol.

Powered by a 83 MW nuclear power reactor, the 6,000 tonne submarine with a length of 110 meters and width of 11 meters carries 12 K-15 submarine- launched ballistic missiles having a range of over 700 km. It can dive to 300 meters and provides to the country, the much needed second strike capability. A new missile, the K-4 Shaurya SLBM with a range of 3500 km is under development and once commissioned, will provide the much needed range to prove an effective deterrent. It is likely to be inducted by 2020.

The second submarine of the Arihant class was launched in 2017 and is in advanced stage of completion. Named INS Arighat, it is likely to be commissioned by 2021. INS Arighat will have a more powerful reactor and can carry twice the payload of INS Arihant— twenty-four K-15 missiles or eight K-4s. The Indian Navy has also begun the construction of four more Arihant-class submarines of progressively larger configurations, which will carry missiles having a range of 4800 km.

Along with the lease of the Akula-1 class nuclear-powered attack submarine from Russia, India plans to build six Chakra-III nuclear-powered attack submarines. In addition, under Project 75-I, valued at around USD 6.5 billion, the Government of India has issued an expression of interest to foreign companies to construct six advanced diesel-electric submarines for the Indian Navy. The Ministry of Defence has stated that the project “will provide a major boost to the indigenous design and construction capability of submarines in India, in addition to bringing in the latest submarine design and technologies as part of the project”. All six submarines under this project will be built in India by the selected Indian Strategic Partner in collaboration with the selected foreign submarine manufacturer. The Indian Navy also retained the option to “manufacture six more submarines under the project”. As per the 30-year plan, unveiled soon after the 1999 Kargil war, the Indian Navy had set a target to achieve at least 24 submarines by 2030 to maintain its superiority in the Indian Ocean.

INDIA DEPLOYS WARSHIPS IN THE GULF 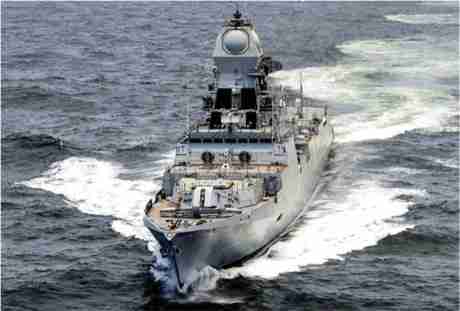 Amid rising tension between the United States and Iran, following the downing of a US spy drone RQ-4 Global Hawk on 20 June by Iran, the Indian Navy has deployed Warships and fighter jets in the area. A tweet from Spokesperson Navy @indiannavy stated: #IndianNavy executes ‘Operation Sankalp’ – Deploys INS Chennai & INS Sunayna in the Gulf of Oman, to re- assure Indian Flagged Vessels operating/ transiting through Persian Gulf & Gulf of Oman following the maritime security incidents in the region 1/n.

In Operation Sankalp (Resolution), the Navy has deployed warships and aircraft to the Gulf of Oman and Persian Gulf to undertake maritime security operations. Prior to the downing of the US spy drone by Iran, an oil tanker “Front Altair,” owned by Norwegian company Frontline, and a chemical tanker “Kokuka Courageous,” owned by Japanese company Kokuka Sangyo, were attacked near the Strait of Hormuz, which is also the most important passageway for world oil supplies. The US has blamed Iran for the attacks, claiming that it has found substantial evidence from the attack site. Iranian Foreign Minister Mohammad Javad Zarif has however accused the United States, Israel and Saudi Arabia of coordinating a campaign to falsely pin the blame on Iran.

Tensions between Iran and the US have been high since Washington withdrew from the Joint Comprehensive Plan of Action (JCPOA), also known as the Iran nuclear deal, in 2018. Since then, the Trump administration has imposed economic sanctions against the country, threatening to reduce Iranian crude oil exports ‘to zero’. India is rightly concerned about developments in the Gulf as it is dependent on its energy supplies from the region. A conflict here would set oil prices soaring and worse, would likely lead to crippling shortages of oil adversely impacting on India’s economy.

The INS Chennai, is a P-15A guided-missile destroyer, made in India and was commissioned in 2016. In May 2019, it was involved in the first successful “co-operative engagement firing” trials using the Medium-range Surface-to Air-Missile (MRSAM) version of the Barak-8 missile system. Measuring 163m in length, 17.4m in breadth with a displacement of 7,500 tonnes, it is one of the most potent warships to have been constructed in India. INS Sunayna is a naval offshore patrol vessel.

Soon after the dastardly terror attack by the Pakistan based Jaish-e-Mohammed (JeM) in Pulwama, Indian Naval ships were pulled out from an exercise in which they were engaged and deployed close to Pakistani waters. Over 60 warships were deployed to include nuclear and conventional submarines, throwing open the possibility of an Indian retaliation against Pakistan, through its Navy. The Indian response however came by air, in which the JeM base at Balakot was struck and destroyed.

The movement of Pakistani naval vessels was however continuously being monitored by India. That was when it came to light that the whereabouts of a Pakistani submarine, PNS Saad, which is an advanced Agosta class submarine, were unknown. As PNS Saad was fitted with Air Independent Propulsion (a technology which allows the submarines to stay for a longer period under the water than normal submarines), it became a matter of urgency to locate the Pakistani submarine or at least prevent it from entering Indian waters. From its last know location, the submarine was just three days off the Gujarat coast. After a search lasting 21 days, the sub was finally located on the Western side of Pakistan! Presumably the sub was hidden to provide Pakistan covert capability.