Captain Jayanta Kumar Sengupta (17 October, 1942-31 August, 2013), popularly known as Jojo, was the second son of Amar Prashad and Namita Sengupta. He was born on 17 October, 1942, at Lahore where his father was posted who worked with Shalimar Paints. After his initial schooling at Huddard High School, Kanpur, he later joined Rashtriya Indian Military College (RIMC), Dehra Dun. Brilliant and talented as he was, it was no surprise that he turned out to be a triple gold medalist from RIMC, National Defenc Academy (NDA) and Indian Military Academy (IMA). He was commissioned into the 16th Light Cavalry, one of Indian Army’s oldest regiments, in December 1962. His third gold medal was awarded for topping his batch, the 31st IMA Course, the training period of which was telescoped to 6 months of the scheduled one year in order to enable Indian Armed Forces to meet the new defence challenges confronted by it owing to China’s unprovoked aggression in October 1962.

Jojo was doing a gunnery instructors course at the Armoured Corps Centre and School, Ahmednagar (Maharashtra), when the second India- Pakistan war, broke out. All ranks doing courses at this training establishment were re-called to their respective regiments. Jojo reported to 16th Cavalry and was pitched into the operations. On 21 September, his fourth day in the war, in the morning he was very effectively conducting an artillery shoot from his tank, sighting targets through the binocular sights in the commander’s hatch of the Centurian tank, when an armour-piercing projectile hit very close. All the glass of the sights got shattered and hit Jojo in his eyes and face.

After a prolonged period of convalescence at Army Hospital, Delhi Cantt and INHS Asvini, the Naval Hospital at Mumbai, Jojo underwent rehabilitation and mobility training at St Dunstan’s in England. He also got the opportunity to learn Braille and typing and was able to access other rehabilitation services. He left the Army in 1967 and took up the dealership of Tata Oil Mills in Calcutta. In 1972, he also was also allotted the LPG distributorship of Indian Oil in Siliguri by the Directorate General Resettlement.

Jojo married Rita, a trained teacher and they had twin daughters, Sreerupa and Sreemoyee and son, Bibek. In 2003 Sreerupa got married to Major (retd.) Gopal Mitra, SM (Sena Medal for gallantry). Major Mitra, who served in 15 Mahar Regiment also lost his vision as a result of an explosion while fighting Pakistan supported terrorists in Kupwara, Jammu and Kashmir in 2000. The other twin Sreemoyi, who teaches, is presently doing a course at the London Institute of Education. Bibek, is an executive director with Goldman Sachs.

In 1990 Jojo and Rita, with several like minded disabled youth founded the North Bengal Council for the Disabled (NBCD) and in 1998 they raised the Prerana Educational Centre, which began in a small garage in their house. Prerana, which grew into a major Special Educational Centre in North Bengal, is a cross disability educational centre for children with disabilities and seeks to provide holistic learning through a well designed curriculum. In 1998 NBCD also launched a large Community Based Rehabilitation Programme covering disabled persons in 700 villages in the Siliguri Sub Division. Both the programmes are now running successfully and have been able to reach out to thousands of persons with disabilities with vital information and a wide range of services.

Little did many of Jojo’s friends and course -mates knew that they would again be meeting him mostly in hospital. Because soon afterwards, he was diagnosed with cancer of the lungs. While it was a most unkind blow for a person like Jojo, already suffering blindness, to be further afflicted with cancer, but true to his form, he battled it most bravely and stoically. He could still surprise his visiting friends by asking them everything about them rather than talk about his own illness. Finally, he decided to stay with his elder brother, Tiploo, at Pune, where he bravely fought his last battle in and out of Command Hospital and Tiploo’s residence, succumbing after much pain and suffering, on 31 August, 2013.

For the fraternity of the Armoured Corps, the Armed forces and a large circle of Jojo’s friends and dear ones, his demise is an irreparable loss of a great mind, an excellent person and a wonderful friend, family member and unforgettable by anyone who met him. May God bless his soul. Long Live Jojo.

Did Myanmar army intrude into India? 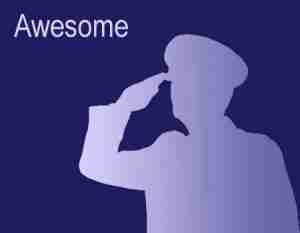