ARMED FORCES IN THE ASIAN GAMES

India won an impressive haul of 69 medals in the recently concluded Asian Games at Jakarta, 15 of which were gold, 24 silver and 30 bronze medals. While this does not compare too well with countries such as China and Japan which led the medals tally with an impressive haul of 289 and 205 medals respectively, of which 132 and 75 respectively were gold medals, it still represents a marked improvement over India’s performance in the previous editions of the Asian Games. What was particularly heartening was the fact that India has now made a foray into many disciplines, where it had not won any medals earlier.

The Services, true to form, performed creditably and contributed 15 medals to the national tally, of which five were gold medals and five each silver and bronze. The Army contributed the maximum to this tally, winning four gold, four silver and three bronze medals. In this series of the Asian Games, sixty-six army sportspersons participated in 18 events. 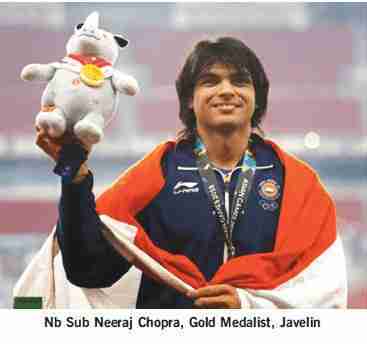 Nb Sub Neeraj Chopra won a gold medal in the javelin throw with a throw of 88.06 meters, which is also a new national record. He had earlier also won the gold in the Commonwealth Games. Nb Sub Jinson Johnson won a silver in 800 meters and then went on to win gold in 1500 meters. Nb Sub Amit Phangal won the gold in the men’s 49 kg boxing. This achievement was made more credible by the fact that in the finals, he beat the reigning Olympic and Asian champion Hasanboy Dusmatov, in a stunning tactical win. He is now the eighth Indian boxer to ever claim a gold medal at the Asian Games. The fourth gold was won in a team event, Mens Quadruple Scull, where the Indian rowers team comprising of Sub Swaran Singh, Hav Dattu Bhokanal, Hav Om Prakash and Sapper Sukhmeet Singh won the race with a timing of 6: 17.13. From the Indian Navy, Tejinder Pal Singh Toor bagged a gold medal in men’s shot put, setting a new record at 20.75 m during his fifth attempt, surpassing the six year old national record of 20.69 m and shattering the Asian Games record. 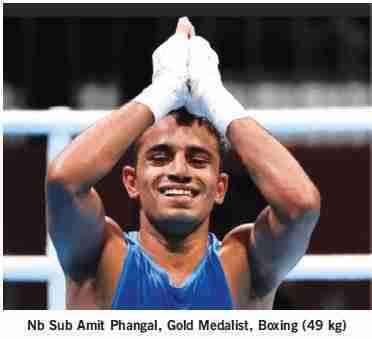 Amongst the medal winners were Maj Ashish Malik, Swr Jitendar Singh and Swr Rakesh Kumar who won a silver in a team event, Equestrian Eventing. In the Scull events, two more medals were won by the Army, with Nb Sub Dushyant Chauhan winning a bronze in the men’s lightweight single scull and Sappers Rohit Kumar and Bhagwan Singh winning another bronze in the lightweight mens double scull. In addition, Nb Sub Mohd Kanhu won silver in the 4×400 m relay and Sub Arokia Rajiv also won a silver medal as a member of the Indian athletics mixed 4X400 metre relay team. Finally, Hav Monu Goyal was part of the Kabaddi team that won a bronze medal. A total of sixteen Army personnel were thus part of the medal winning group from the 66 that participated. 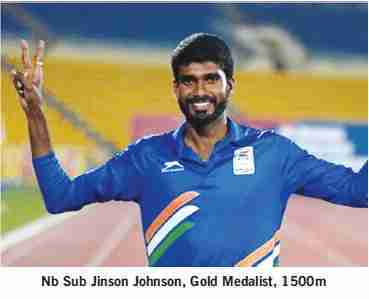 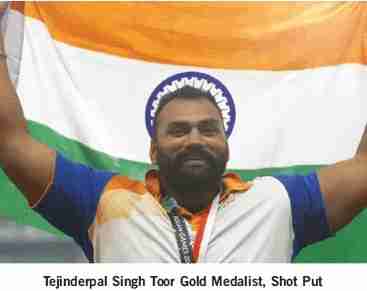 The Armed Forces have played a prominent role in training its sportspersons. The Army took up the task in 2001, as part of ‘Mission Olympics’, where it remains focussed on 11 sports disciplines. Its Mission Olympic Wing was established with five sports nodes. The Indian Navy and IAF also have their own categories of training sports persons.

ARREST OF A VETERAN: GROSS MISUSE OF AUTHORITY