A QUICK TOUR OF DUTY

The din of the rotors was reaching a crescendo. The other helicopters were getting airborne, but ours were still on the ground, ready for takeoff. The Captain looked down into the cabin and asked what was holding things up.

The Flight Engineer climbed up the ladder to explain the problem. Would the Captain please wait for a few more minutes, he requested. One of the jawans who was to take the flight had gone to retrieve an armoury item which had been left behind inadvertently. The Services take their inventories very seriously, and the jawan could easily get his copybook blotted if he couldn’t account for the item.

It was December 1971 and we were at Agartala. The day before, we had airlifted Indian troops into the Brahmanbaria Sector of what used to be East Pakistan. Flying in a formation of ten helicopters, we had dropped about 120 troops along with their arms and equipment in one wave. We had also attempted a few night landings which were rather successful. Encouraged by the performance of the helicopter support, the Indian Army wanted action in other sectors too. The basic idea was to bypass the enemy concentrations and reach Dhaka. In one of many moves to that end, the Sylhet Sector was to be reinforced that day.

Suddenly there was a shout from below—the jawan was back. Our helicopter was airborne in a few minutes, but we did not make our usual number four position. We were left bringing up the rear, trying to get back with the formation.

We soon caught up with the others and we were over the drop zone in 11 minutes flat. In less than two hours, we landed three times more that day. The Army appeared to have got the results it wanted and soon the order was out to ‘stand down’ for maintenance. Dust and grass had entered all possible entry points of the helicopter and, anyway, piston-engined aircraft need more attention than jets. It was clearly time for a breather.

Late in the afternoon, we were again summoned for a flight. ‘Doc’ and I were the crew. It was to be our lone helicopter to drop a handful of troops and a very senior officer at an operational headquarters in the same sector. We were advised to climb to a safe height beyond the reach of small-arms fire from the ground. But we were heartened to learn that the landing area was very safe, though it was in the heart of enemy territory.

The engine panels were still open when we reached the dispersal area. The Chiefy was still to give the helicopter his air worthiness certificate.

While we waited, I checked with our crew men to see whether they had torches with ‘serviceable’ cells. We would need them because it would be dark by the time we landed back at Agartala.

As it turned out, it was dark already by the time the General arrived and we got airborne. The flight was quite uneventful, if you considered only the damage and not the number of bullets we took that evening. We went in through a gentle rain of small-arms fire. The glowing engine exhausts made good targets in the dark for the enemy troops below. The landing was even less eventful, because it turned out that the helipad was truly safe.

We were asked to carry a serious casualty on our return flight. Soon, a moaning jawan was brought on a stretcher to be airlifted to the hospital in Teliamura. We climbed higher this time, beyond the range of the pop guns on the ground. After we landed at the base hospital helipad, I used my very ‘serviceable’ torch to check the bay of the helicopter before the Flight Engineer opened the door. I started in disbelief when I saw the face of the casualty.

The Flight Engineer assured me I was right. The jawan who delayed the flight that morning had been brought back critically injured the same night.

Wg Cdr SS Krishnamurthy flew the helicopters in the IAF from 1967 to 1990, right through the 1971 war and all regions including the South Pole. He also flew in the civil and has settled in Mumbai. He looks after the Flight Safety in one of the Off-shore companies in Juhu. Most of his anecdotes and articles are written under the pseudonym ‘Capt. Sudhir Kumar Khanna’. 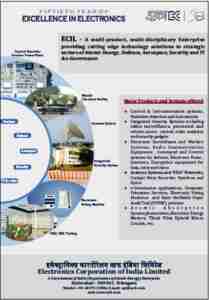