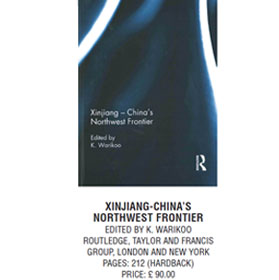 Xinjiang presents a classical example of the synthesis of different cultures — Chinese, Indian, Persian and Turkish, and different religions — ancient nature worship, Buddhism and Islam. This rich and composite cultural heritage was cemented by the ideological and religious force of Buddhism and Islam and by aristocratic lineages of Chinese, Kushans, Arabs, Turks, Mongols and others, by the high mobility of statesman, scholars, divines, artisans, craftsman and traders. The movement of trade and ideas and the reciprocal cultural influences enriched the horizons of human development and left a deep imprint on the political, economic and social life in the entire region.

It was under the Qings (1644-1911 AD) that Xinjiang was finally absorbed within the Chinese empire, a process which was gradual but continuous. The Qings pursued a calculated policy of military conquest, demographic expansion, political manoeuvring and trade concessions as the means to preserve their territorial gains. Referred to by noted American scholar Owen Lattimore, as the ‘pivot of Asia’, Xinjiang is China’s declared core strategic area, where it brooks no international interferences in its internal affairs.

In 2009, Chinese authorities had to use strong-arm methods to put down a serious burst of Islamist militancy among the secessionist Uyghur population of Xinjiang, which abuts Pakistan-occupied Kashmir (POK). For over a decade, Beijing’s chosen instruments to cope with the unrest among the Uyghur Muslims have been transplanting the Han population from the rest of the country into Xinjiang with a view to changing the ethnic balance and intensification of diplomacy with Islamic neighbours. Pakistan had an important role in this. A long time recipient of Chinese largesse in a variety of ways, including the development of civilian and military nuclear facilities, Islamabad is no less than sort of vassal state to China. Chinese Defence Minister Liang Guonglie, who visited Pakistan on 24 May 2010, worked out an intelligence-sharing mechanism with Pakistan to deal with terrorism. While China seeks Pakistan government’s support to fight Uyghur separatists, it remains to be seen how sincere or effective that support will be, given Pakistan army’s longstanding linkages with leading Pakistani terrorist groups, which are bound to have some contacts/connections with Uyghurs.

When terrorist violence erupted in Xinjiang’s cities of Kashgar and Khotan, Chinese once again sought to crush it with an iron hand. But this time around, there was a difference. Local authorities insinuated that the terrorists had been trained in a “neighbouring foreign territory”. Although Pakistan was not named, there was little doubt who they meant.

While China has been consistently opposing efforts by India and even the US in blacklisting Pakistani terrorist leaders, it will be well advised to take a close look at those same leaders’ links with Uyghur separatists. India too must persist in urging China to do the same and keep bringing up Pakistan’s role in its dialogues with China and at the Shanghai Cooperation Organisation forum. Also, India, in dealing with the deteriorating situation in Kashmir Valley, which amounts to only 15 percent of Jammu and Kashmir, must learn from China’s security arrangements for Xinjiang.