70 YEARS AFTER INDEPENDENCE: CAN INDIA AND PAKISTAN LIVE IN PEACE 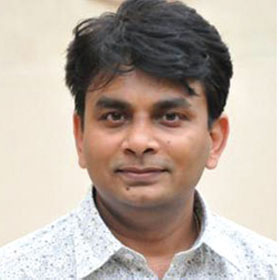 The cynic in us would highlight that there is nothing to cheer about in the Indo-Pak relations during the last seventy years. While it is easy to look back and analyse what has gone wrong between the two countries at the bilateral level, it would be challenging to forecast how the next seventy years would be. Given the current situation, perhaps, it would need courage to say what Indo- Pak bilateral relations ought to be.

The first option for India and Pakistan is perhaps the easiest: Maintain the Status Quo, with neither full blown war, nor everlasting peace. Both countries do not have to pursue any new strategy, but continue with what they have been doing for the last seventy years. Between 1947 and now, seven decades have passed in which the two countries have fought four wars and have had numerous peace processes, dialogues and summits — composite or otherwise. The four wars were neither totally devastating nor absolutely brutal, as had been the case elsewhere, for example in Europe. Both countries were relatively “civilised” in not annihilating each other during those military confrontations. But, both have also not been entirely “civil” either, in terms of avoiding a war path and converting the multiple peace processes into an everlasting one. Outside the overt wars, there have been covert interventions as well, using the proxies.

Besides the above, both countries have succeeded in building a strong nuclear weapons programme and adequate missile platforms to deliver them. Though both countries take pride in the fact that no nuclear exchanges have so far taken place, one cannot discount the dangerous doctrines and counter doctrines involving nuclear weapons, making the regional environment unstable.

Both countries have pursued different political paths — nationally and internationally, especially with their partnerships with outside powers — either bringing the Cold War into the region, or providing the space for outside powers to exploit our own fault lines. In short, the above is a brief history of Indo- Pak relations during the last seventy years. Both India and Pakistan, can continue with the above status quo for the next seventy years — with neither a devastating full blown war nor an ever lasting peace. We can continue to live in an unstable environment, threatening each other with grave consequences. Perhaps, we can even theorise our situation and call it as sub-continental normalcy. Why not?

Replicate the Cold War: Get MAD

The second option for India and Pakistan is to replicate the Cold War and pursue the policies of the US and the erstwhile Soviet Union.

Both countries could give up the rhetoric of disarmament – conventional and nuclear–and work towards a subcontinental MAD (mutually assured destruction); all that is required for both countries is to expand the military expenditure, invest in sophisticated nuclear and missile programmes/ platforms. And give the hawks a prominent position in the national security decision making; from water to nuclear, they would find enough means to exhaust this option.

If Washington and Russia used proxies to test the other during the Cold War, perhaps, India and Pakistan should also explore that option. Why should the students of international studies pursue numerous PhDs only on the Cuban Missile Crisis? Let there be few incidents in the sub-continent, where the future scholars read how India and Pakistan came close to actually use the nuclear weapons. Or, perhaps, we should experiment with the “limited nuclear war” and let the world know, it is doable!

Let there be few movies in Hollywood and Bollywood–perhaps even a sequel to Ben Affleck and Morgan Freeman starrer — The Sum of All Fears.

Regionally (if not globally), let us be 70 YEARS AFTER INDEPENDENCE: CAN INDIA AND PAKISTAN LIVE IN PEACE Dr. D Suba Chandran SALUTE TO THE INDIAN SOLDIER INDO PAK RELATIONS 20-21-INDO PAK RELATIONS_14_19_ BEING A FLY GIRL.Proactive and build our blocs, political and military, as the US and Soviet Union did. If we cannot build one, let us exploit the existing international structure and bring them to our region. Let us explore regional NATOs. The above is an option; the strength of this option, is the relative easiness to pursue. Let us expand the present terms of references and intensify, what we are doing already. In simple terms, let us get mad and talk MAD.

Get Pragmatic: Work with each other

Third option for India and Pakistan — given the current divide and the nature of leadership and its support base — is perhaps the toughest; to get pragmatic and work with each other. The first two options are easier, when compared to the third one. However, this is attainable, not as easily as the first two options. Let both countries ask independently – does working with each other make us more secured?

No peace will be perfect and everlasting. Perhaps, there are some conflicts, which cannot be totally resolved. Should that prevent India and Pakistan not to pursue the path, for the next seventy years? Let there be differences between the two countries; let them be in different blocs. And let them even pursue different political and ideological paths.

Can there be two systems different than US and China; and US and Saudi Arabia? Yet, there are ample examples where two different systems work together, yet retain their individual character and pursuit. Can India and Pakistan pursue a similar path?

India and Pakistan are looking more at the differences between the two; and also looking at those areas where there cannot be a common ground. Perhaps, both countries are looking only at the wars and conflicts between the two. From Tashkent to Shimla, there have been bilateral initiatives – that did provide a framework to work together.

Perhaps, what is needed is a mega project, which can transform India and Pakistan, as the idea of European Union brought Germany and France to work together and take the entire region forward. It all started with an European Steel and Coal authority. From being the epicentre of European conflicts since 18th century to the Second World War, Germany and France are leading Euro’s onward march today. Perhaps, India and Pakistan could use a similar spark; there is enough on TAPI and CASA 1000 for the region – that gas and electricity could ignite a similar process.

Let there be bilateral differences. But let us also find areas, which are mutually beneficial and try to work together. Who knows – India and Pakistan may win the Nobel peace award for ushering regional prosperity, well before 2087. That could be the third option for India and Pakistan.

Dr D. Suba Chandran, is a Professor at the International Strategic and Security Studies Programme (ISSSP), National Institute of Advanced Studies (NIAS), Bangalore. This article was first published in the Daily Times.

A TOUCH OF GREATNESS