publish the narrative in that hugely popular book, retrospectively in 1957. Unarguably, the enterprise was the exclusive brainchild of FB but in hindsight it becomes evident that without the unconditional and unlimited enthusiasm of his companion, Captain H T Morshead (HM), there was little chance of the grand success the venture ultimately was.

By way of a brief introduction of this intrepid duo, suffice to say that both were born eight months apart in 1882 but on different continents; FB into an Army family at Lahore and HM at Devon (UK) to a distinguished family of jurists. FB graduating from the Royal Military College, Sandhurst joined the 32 Sikh Pioneers at Darjeeling in 1901 while HM was commissioned from the premier Royal Military Academy, Woolwich and began his career in the Royal Engineer Corps as the Garrison Engineer at Agra in 1902.

Two years later, FB’s outfit would march out of Darjeeling with Colonel Young husband’s mission to Lhasa and he would be engulfed inextricably by the spirit of exploration forever, become fluent in Tibetan dialects, head of India’s outposts in Tibet at Gyantse and Shigatse, be absorbed in the political branch of Foreign Department and become a close confidant of the 13th Dalai Lama! As for HM, his scientific propensities would lead him to the portals of the Survey of India, Dehradun by 1906 and become its foremost map-surveyor of what is Arunachal today, earn the DSO in WW I, be chosen a climbing member of the first two Everest expeditions and much else.

Seized by the explorer’s restlessness in 1912, FB travelled through Russia to Peking (now Beijing) and in the last leg, on foot from Chengdu to destination Sadiya by end December. Even though this was a great accomplishment “…journeying on my own into unknown and unmapped country,” nevertheless he was censured for overstaying leave, fined loss of two months salary and summoned to Simla to write a report of his journey. 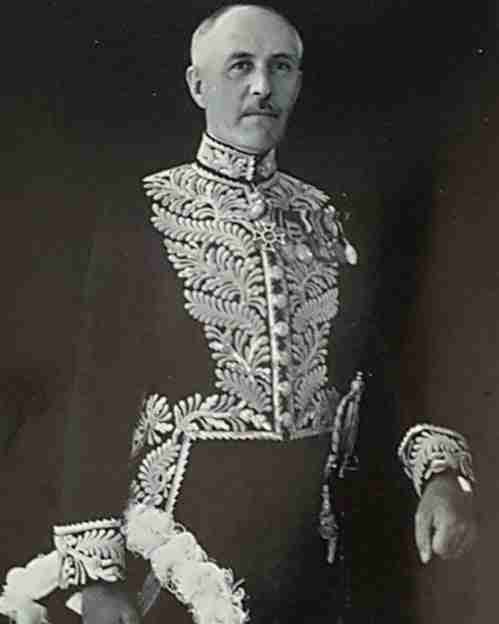 This was where in the corridors of power he came to the notice of Sir Henry McMahon (Foreign Secretary), became his protégée, picked up whispers about the likelihood of an international treaty involving China, Tibet and India to delineate the boundary between Tibet and Assam.

FB was aghast at the idea of such a treaty “while that border region remained unmapped”? Forever on the lookout for the next adventure, FB requested and got acquiescence from Sir Henry for duty in the Mishmi Valley, ostensibly to solve the mystery of the Tsangpo gorge falls rumoured to be greater than the Niagara Falls. But this was a mere smokescreen because “The realisation flashed through my mind that here was my chance of getting through to Tibet from Assam side…but one problem immediately presented itself, such an expedition could not be undertaken alone…somehow he had to find another officer with ideas and ambitions similar to his own”.

FB was not given to procrastination and he returned to Sadiya in March 1913, marched 80 miles north to Mipi (today’s Anini township) were unknown to him HM was already engaged on a map-making assignment. Thanking providence, FB spent several days persuading HM to join him along with his map-making gear, on what he believed was the once in a lifetime venture. He explained to HM that his intent in nutshell was to cross over to Tibet from Showa village (150 miles North of Mipi), then turning West, travel up-river in the Tsangpo Valley, mapping all the while the Himalayan watershed ridgeline up to the Assam-Bhutan junction and thence turning southward back to Assam, make their way to Sir Henry McMahon at Simla with the tentative blueprint, of the mapped international boundary between Assam and Tibet! The 1st Everest Expedition at Darjeeling before setting out through the Chumbi Valley. Morshead is standing, second from right.

At this stage Sir Henry obliged once again by way of a telegram to the Assam Administration that “Captain F.M. Bailey…be allowed as much scope as possible for the exercise of his talent as regards exploration”. As an afterthought, Sir Henry was quick to follow up with another, cautionary telegram “We approve but the party should not enter Tibet”. But the duo feigned that they had departed Mipi and never got to see the second telegram.

Now, as regards the logistics and permission to enter Tibet, FB’s fluency in Tibetan dialects, his friendship with and possession of photographs of the Dalai Lama and the Tashi Lama were to prove of talismanic properties. Besides, he knew the Tibetan custom that when any official travelled on duty, he was furnished a document called the “Lamyik” which “entitled him to call upon villages enroute to supply food and lodging for himself and retinue and transport up to the next stage of the journey”. So, on reaching Showa village East of the Tsangpo Gorge, FB called on and charmed the Tibetan Dzongpon and obtained the “Lamyik” stating “The English Bailey sahib is going. Please do not stop him…Bailey Sahib knows the Dalai Lama and Tashi Lama who know he is coming…Please help him”.

The plucky explorers kindred spirits had blossomed into such a committed friendship that unmindful of hardships on a daily basis, frequent desertions by porters, theft of their cash- pouches yet in mid-November 1913, their five and a half months long journey would terminate at the Rangyia Railway Station, after an incredulous “…fifteen-hundred mile (2414 km) journey on foot through un-surveyed and unknown country in Tibet…The mystery of the Tsangpo Gorges was solved; the country forming the border between Tibet and

The quality of mapping survey by HM was best rated thus, “Despite the appalling weather Morshead not only triangulated the whole area but also completed computation of every triangulated point within a few hours of the observation, so that the plane-tablers never lacked points by which to authenticate the work for accuracy. The identity of Tsangpo of Tibet with Dihang of Assam was proved beyond doubt”.

And once the computed data, duly authenticated by The Survey of India was transposed on map sheets as the McMahon Line, there arrived this telegram “Delighted to hear of your safe return hope you are well I would like you to come up to Simla as quickly as possible.McMahon foreign”.

The cause of the summons was to have the duo in the wings during the four-month-long protracted negotiations between the representatives of India, Tibet and China. FM’s biographer states“ Morshead continued working on his maps, calling in Bailey for consultation whenever necessary. It was very gratifying to feel the glow of official approval, and a fortunate chance that the information acquired on the expedition should have proved so vital to the political negotiations. Without it, the Indian Government would have been negotiating a treaty regarding territory both unexplored and unmapped”.

Ultimately the Simla Convention initialled by the representatives of India, Tibet and China on 27 April 1914 and the appended maps showed for the first time the McMahon Line as the acknowledged frontier between India and Tibet.

Commissioned in the Regiment of Artillery in July 1956,Lt Gen. Baljit Singh, AVSM, VSM, retired on 31 July 1992 after 36 years of distinguished service. A keen sportsman, accomplished writer and noted environmentalist, he is an active promoter of Conservation of Nature, more so within and

by the Armed Forces

A MODEL FOR THEATER COMMANDS

WHAT LIES ACROSS THE HILL…?

Being a mountaineer,trekker and fond of historical backgrounds, “McMahon line” was an enlightening read. Those were the tough officers doing their duty with total dedication and also enjoying.